The Music Technology Department is a stimulating and creative environment, and is one of the most important of its kind in the country. Students have access to cutting edge recording and computer technology, enabling them to develop their full potential as creative musicians and equipping them with essential knowledge for future work in the studio-music environment. The facilities of the department and the performance opportunities generated were the main creative outlet for the work of several notable alumni, including Jacob Collier, Mica Levi, Dru Masters, Jon Daou and Isa Kahn. Many others are now working as producers, film composers, and sound engineers. Students have gone on to study on electronic music courses at the Guildhall School of Music and Drama, the Royal Birmingham Conservatoire and the Royal Scottish Academy of Music.

The School has outstanding resources including two iMac suites, a Recording Studio, two Editing Suites and a full-time Technical Manager and Audio Engineer, and students taking Music Technology courses have access to the computer rooms throughout the day for their individual work. With six AV links allowing the recording of our best pianos direct to the studios, and all concerts in the School being captured direct to the two automated systems, Music Technology touches on many areas of our music making.

As a component of the Academic Music curriculum, students from Years 9 to 11 receive tuition covering all aspects of creative studio work including recording techniques, mixing and production, electro-acoustic composition, and composition for film and arranging. Year 12 and 13 students are offered the opportunity of taking the Music Technology A Level, following the Edexcel syllabus. Students are encouraged to work well beyond the briefs and limits set by the board. Composition for film is a significant feature of the department’s work with performances of original scores, composed and conducted by students, becoming a regular feature in the concerts’ diary.

From September 2022, Year 12 students will be able to study Audio Production as a first study at the School. Further information can be found here. 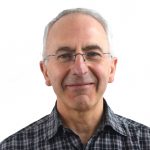 Events with The Purcell School

Outreach can take many forms