The Purcell School is very excited to be opening a new Commercial and Popular Music Department, available to students from September 2022.

The department will deliver a program of essential skills necessary for today’s modern commercial musician, delivered by a team of industry professionals. Our tutors work with internationally renowned pop and rock artists, record for film and television at all of the top London recording studios (Abbey Road, Air Lyndhurst, Angel, BBC Maida Vale), and are chair holders of major West End show productions.

Students will learn in 1-2-1 lessons and ensemble sessions, in our fully equipped recording studio, and have the opportunity to work with visiting guest artists from the commercial music world.

Applications are welcomed from electric guitarists, bassists, drummers, keyboardists and vocalists. The Commercial and Popular Music department is proudly supported by RSL Awards. 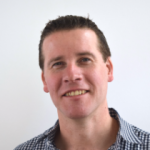 Award-winning pop and jazz saxophonist, composer and multi-instrumentalist who has worked with a host of iconic artists, and appeared at major UK venues and festivals. Full biography is available here.

One of the busiest session guitarists in the UK, Adam is the first call for television, film and live work, and is also a regular in West End theatres.

Dan is a specialist in pop/rock/funk/soul bass styles, making him a regular choice for many artists.

Jacqui has vast experience in the pop world, working with bands including Shakatak and Matt Bianco, touring Japan, South Africa, Indonesia, Thailand and Europe. She was part of the M.O.B.O nominated album ‘Shakatak – Live At Ronnie Scotts’. Jacqui is an experienced vocal arranger and has released a collection of multi-vocal arrangements on YouTube.

The Department in the press

The department provides a rare pathway to Modern Music degree courses at conservatories and universities, as well as equipping students with the skills essential for careers in commercial and popular music.

In my professional life I am expected to authentically recreate a guitar sound or style of music for a film or tv advert, sight read a West End show, then learn a set of songs by ear for a band tour. I am really excited to be tutoring young students in these skills, and helping them to become successful commercial musicians.