The Senior Concerto Competition came to an exciting conclusion in Sunday’s (24th April) Grand Final, with not one but two winners being decided.

The audience were treated to five exceptional performances by finalists Henrietta (Year 12, violin), Tianao (Year 13, cello), Magdalene (Year 13, piano), Thomas (Year 12, piano) and Beste (Year 13, marimba) and, in what can only be described as a ‘joyful mutiny’, the panel and guest adjudicator Tim Murray named Magdalene and Beste joint winners.

As part of their prize, Magdalene and Beste will both perform with The Purcell School’s Symphony Orchestra next year.

Heartfelt congratulations to Magdalene and Beste, and to the other finalists! Special thanks to guest adjudicator Tim Murray for his sage judgement, and to Purcell’s Accompanists Daniel Swain and Debbie Shah for their tremendous work with the competitors.

Purcell’s flourishing Art Department has, for the first time, taken part in the Never Such Innocence (NSI) Competition. The charitable organisation aims to give children and young people across the world a voice on conflict by offering opportunities to reflect on conflict throughout history and today through poetry, art, speech and song.

This year’s competition is entitled ‘Life After Conflict’, and our shortlisted entries are shown in the document below.

The NSI competition winners will be announced by 18th May. However, Head of Art Victoria Samuel has selected Purcell’s own winners.

Congratulations to all those who took part. 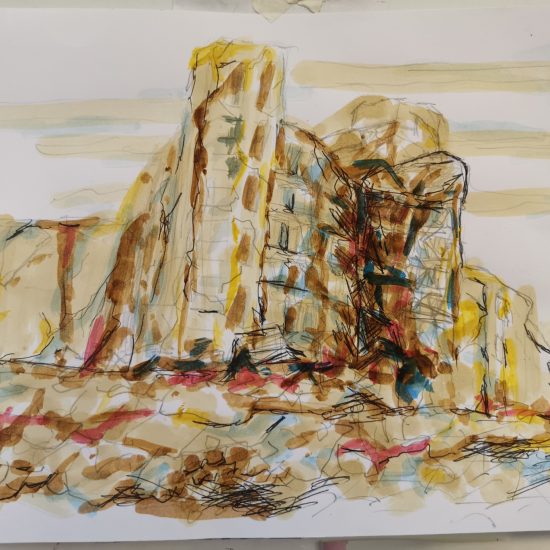 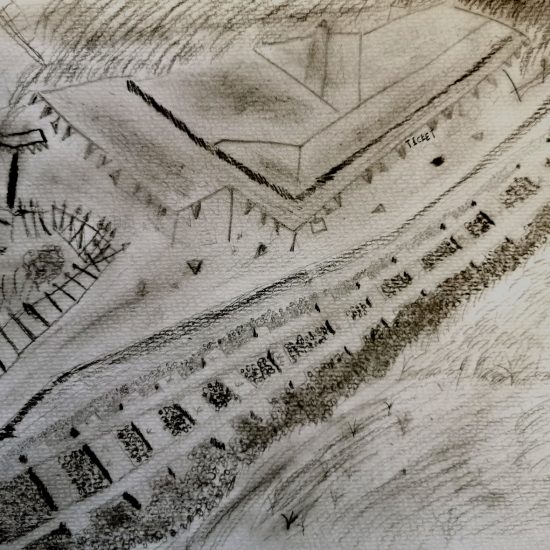 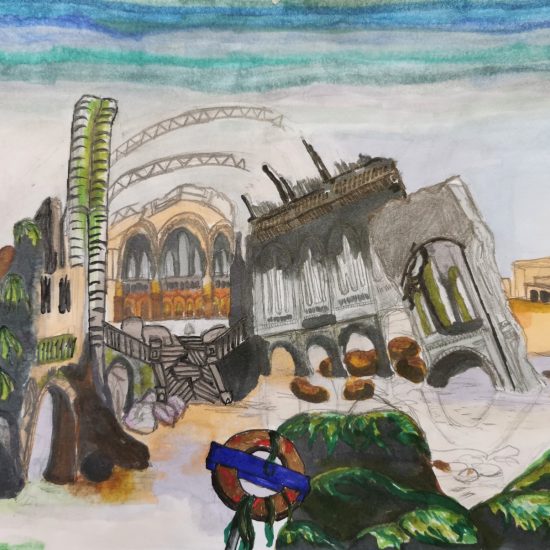 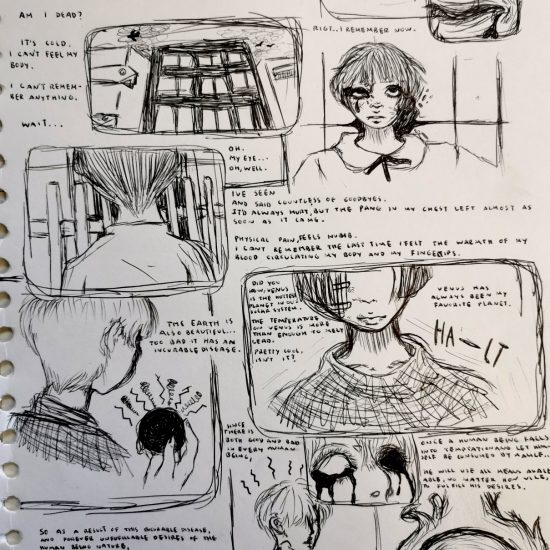 Wellbeing ‘Home Away From Home’ Garden

The Art Department has also been cultivating a ‘Home Away From Home’ garden at the entrance to the Art Studio. Bright flowers and bold pieces of art have been curated to bring a welcoming splash of colour to our corner of Bushey.

Special thanks for Art Technician Helena Thomas, the Art Department, and all of Year 7, who worked so hard to make this such a remarkable place. 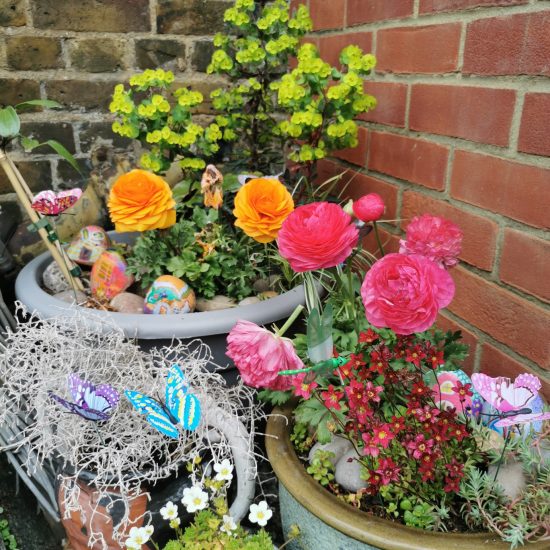 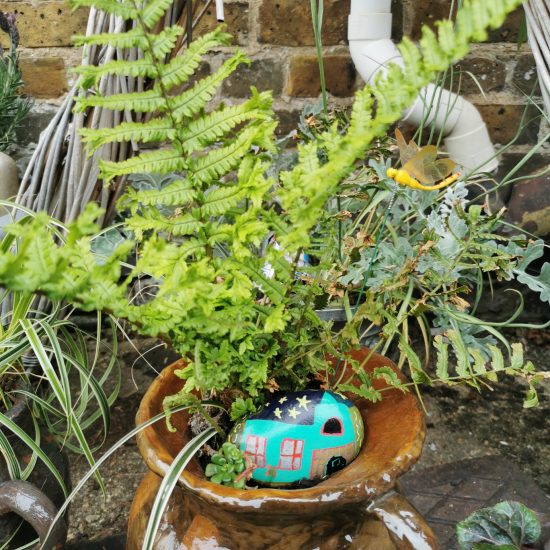 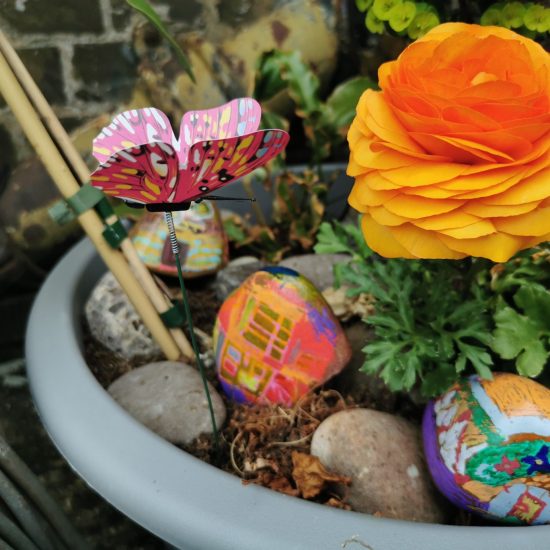 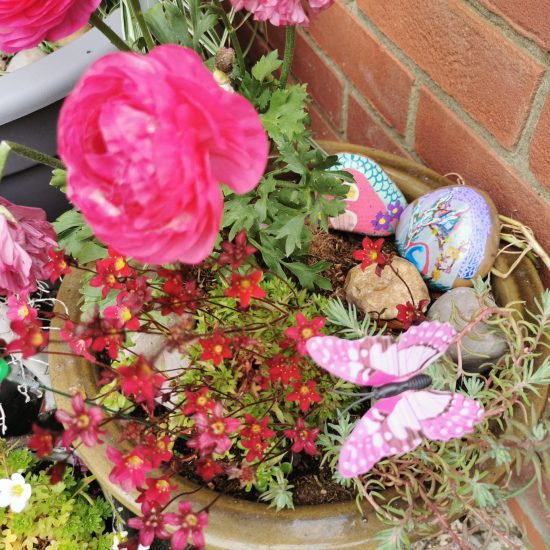 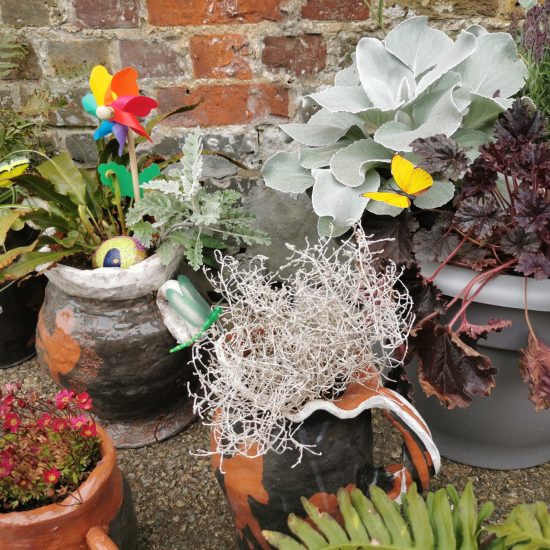 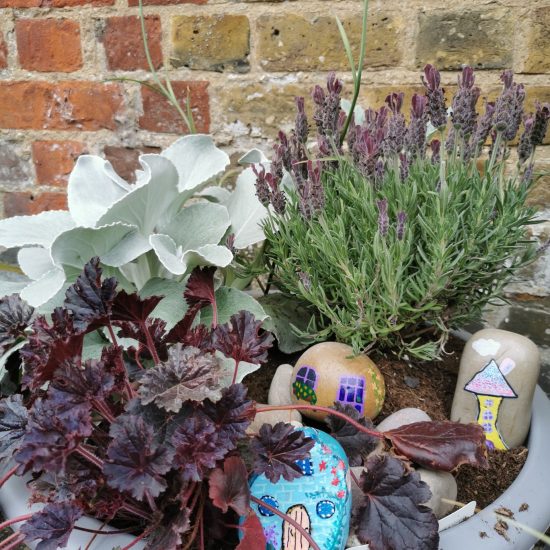 Year 12 brass player Freddie played Solo Cornet with the National Youth Brass Band of Great Britain in a performance of Split the Air by Ivor Novello winning composer Martin Green which took place at Coventry Cathedral on Saturday 23rd April. The performance was recorded by BBC Radio 2 for broadcast on a future date, and we are all very much looking forward to hearing it. A big done to Freddie!

We were incredibly pleased to hear that two choral scores by Year 12 organist and composition student Samuel have been selected by the London Festival of Contemporary Church Music for inclusion in their ‘Call for Scores’ project.

Samuel’s compositions, ‘Salve Regina’ and ‘Variations on Veni Sancte Spiritu’ will be performed on 8th and 11th May during the mid-week choral eucharist at St Pancras Parish Church. Congratulations, Samuel.

Year 10 pianist Phoebe was invited to perform at The Royal Albert Hall having won First Prize in the Grand Prize Virtuoso London 2020 International Music Competition. This concert had been postponed for 2 years owing to the pandemic, so Phoebe was thrilled to finally play the iconic Yamaha red piano in the beautiful Elgar Room!

On 15th April, the Liverpool Lighthouse Choir released their charity single Abide With Me. Year 11 student Danya is one of the choir’s soloists and features on the recording.

The single is an important part of the choir’s ongoing conversation about coping with loss and living beyond loss. The date of the release is particularly meaningful as it coincides with the 33rd anniversary of the Hillsborough Disaster. Members of the choir include Hillsborough survivors, people who lost friends and family members as well as current Anfield residents.

Abide With Me is available to purchase here.

The Child in the Striped Pyjamas

Alumnus and composer Noah Max has secured the rights to set John Boyne’s 2006 Holocaust novel The Boy in the Striped Pyjamas to music. In what has been a long and tense negotiation process, Miramax, who hold the performance rights, has agreed to waive their $1 million fee, allowing Noah to bring his opera based on the bestselling book to the stage.

The opera, the name of which Noah has changed to The Child in the Striped Pyjamas, was inspired by a conversation with John Whitfield. Of this Noah has commented: ‘My late mentor John Whitfield and I first spoke about a chamber opera on Boyne’s The Boy in Striped Pyjamas in 2018. John lived in Israel for a few years and played with the Israel Chamber Orchestra under [Rudolf] Barshai and he wanted me to explore my Jewish identity, and the awful fate that befell my ancestors, through music. He passed away the following year. This idea was in many ways John’s parting gift.’

We are delighted to be able to share with you the Summer 2022 Concerts and Events Guide.

Please do browse through the guide at your leisure.

We hope to see you at some of these fantastic events in the not too distant future.

This student initiative will be an exciting concert to raise money for two very important charities: DEC’s Ukraine Humanitarian Appeal, and Sound and Music, the inspiring UK music charity which supports and promotes composers. Student Maddie (Year 12) will conduct her Piano Concerto, with 4 soloists – Benji (Year 12), Ozel (Year 12), Amanda (Year 11) and Phoebe (Year 10) – each playing a movement, accompanied by an orchestra led by Frankie (Year 12), and a choir in the final movement. This has been an entirely student run project, with everyone working hard to support these wonderful charities, which can be donated to here, on the concert’s Just Giving page.

World-renowned mathematician Marcus du Sautoy and composer Emily Howard visited the school in March. They introduced our students to their work with PRISM at the Royal Northern College of Music and Oxford University, and led our new initiative ‘Maths is Music … Music is Maths’. High-level discussions about advanced mathematical and philosophical concepts inspired our students to create some of the works premiered tonight, all based on things such as geometrical shapes, numerical series, proofs or conjectures.

Composer Daniel Fardon teaches at Purcell, and this year has run an innovative and unusual ensemble of very varied instruments that would not normally be played together. There is almost no repertoire written for this group, so our 6th form instrumentalists and singers improvise, devise and compose their own material for each other as they go. The result is often beautiful and dramatic, and always unpredictable!

What is a better way to enjoy Friday lunchtime than with the colourful fantasy world of music from Studio Ghibli films? Music by Joe Hisaishi, which accompanies many of these animated films, is particularly memorable for its picturesque character. Studio Ghibli was founded in 1985, after the success of Nausicaä of the Valley of the Wind (1984), by the directors Hayao Miyazaki and Isao Takahata and the producer Toshio Suzuki. Six of Studio Ghibli’s films are among the 10 most successful anime films made in Japan, with Spirited Away (2001) at the top, and remain among the favourites of audiences of all ages. The composer Joe Hisaishi was recommended in 1983 to create an image album for Nausicaä of the Valley of the Wind, and Hisaishi and the director Hayao Miyazaki subsequently became great friends. Castle in the Sky in 1986 was their first collaboration project under the Studio Ghibli title, followed by many others throughout the 1980s and 90s. This lunchtime we’ll take you through some wonderful tunes from Howl’s Moving Castle, Kiki’s Delivery Service, Spirited Away, Castle in the Sky, and Princess Mononoke!.