Former Purcell Student Martin James Bartlett is about to release his debut album with Warner Classics Love and Death! The album (coming out May 3rd) has already been picked up by Classic FM as its ‘Album of the Week’ with the two singles being added to Apple Music’s ‘Classical A-List’ and Spotify’s ‘Classical Essentials’ playlist!

“I am absolutely thrilled mohave signed to Warner Classics and to release my debut album Love and Death,” he says. “These are two elemental themes that have inspired breathtaking masterpieces from poets and composers for centuries. My album will feature gloriously beautiful music by Bach, Schumann, Wagner, Liszt and Granados, culminating with an impassioned and fiery ‘War’ Sonata or Prokolev and I can’t wait to share it with everyone.” In creating the programme, Bartlett’s starting point was Liszt’s transcription of Schumann’s passionate song ‘Widmung’ (‘Dedication’), set to a poem by Friedrich Rückert. “It is a love song that also speaks of death and it concludes with a quote form Schubert’s ‘Ave Maria’, introducing the idea of heavenly love.” #AlumniNews

Paul Harris made a flying visit to The Purcell School recently. The Cor Anglais pieces commissioned by Purcell Instrumental Teacher (Oboe); Mel Ragge and Howarth of London have been published! They were written to celebrate the launch of the new ‘short reach’ Cor Anglais made by Howarths, and designed (with the help of a few Purcellians) to be more comfortable for oboists with smaller hands. Each piece was dedicated to one of the six oboe students at Purcell, and Paul stopped by the School to sign and give copies of the new publication to each of the oboists. It was great to see him! #SchoolNews

A few weeks ago, Purcell student Hana Shah (Year 6) won the First Prize in the Junior Concert Class at the Richmond Upon Thames Performing Arts Festival! She was also the Junior Conceet Cup for the ‘Best Performance by a Resident of the Borough of Richmond upon Thames’! Congratulations to Hana on this fantastic achievement! #StudentNews 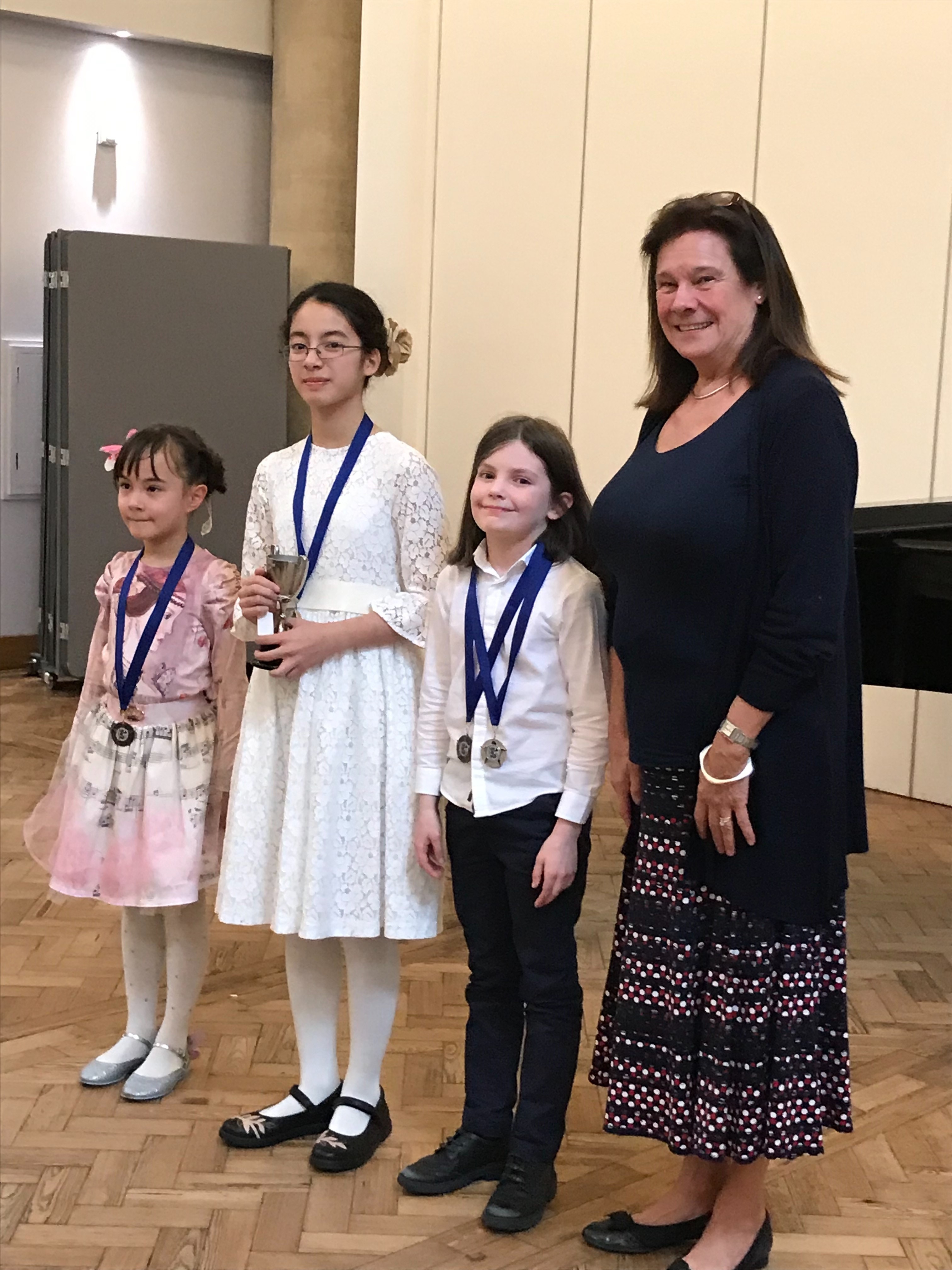 The International Anton Rubinstein Competition acts as an important milestone in the career of young musicians, allowing them to test their abilities in front of an audience and panel of judges. This year’s competition took place in Düsseldorf and we are please to announce that Purcell student Ilai Avni (Year 13) took Third Place in the Violin category, congratulation Ilai! #StudentNews 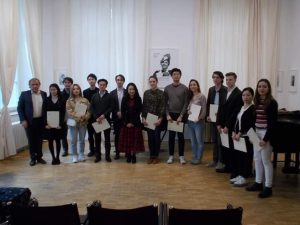 Following being shortlisted in March, we are pleased to announce Purcell student James Sparkes (Year 12) took has won the ‘Under 18’s Category’ in the Society of Recorder Players Composers Competition 2019, winning a cash prize and a recording of the performance of his work! This is a fantastic achievement, congratulations James! #StudentNews

HARD WORK AND DETERMINATION, THE KEY TO SUCCESS

We are delighted to share recent news on Purcell student Maria Noskova (Year 10) who had a rather exciting Easter. Whilst still in recovery from an injury, Maria showed that through hard work and determination, anything is achievable! Over the past month Maria took First Place in both the Watford Festival (Violin, Advanced) and The North London Festival (Strings) and was made a Laureate of The grand Music Art International Online Competition in Moscow! Many congratulations to Maria on this wonderful success! #StudentNews

Young Writers, an establishment built to encourage creativity in children and young adults and to inspire a love of the written word recently ran a competition ‘Poetry Escape’ to challenge secondary school students to free their creativity and escape the maze of their minds using poetic techniques as their tools of navigation. The best poems were chosen to be released as a book and in result we are delighted to announce that two Purcell students are officially published poets! Congratulations to Elsa Rapisarda and Ella Richardson on this momentous milestone! The full article featuring the two poems can be found here. #StudentNews

Following the launch of the Commonwealth International Composition Awards, The Purcell School was fortunate enough to play host to H.E Karen-Mae Hill (High Commissioner of Antigua and Barbuda) and Geoff Parkin (Artist Director, Royal Over Seas League and Patron of The Commonwealth Resounds). It was a pleasure showing them all the School has to offer and an incredible experience for the student composers involved in the project to meet with them and discuss outreach ideas and how the musical and composition community can grow throughout the Commonwealth. To read our full article on the launch of the competition, click here. #SchoolNews

The Jazz FM Awards took place this week and Purcell student Jacob Collier was the recipient for this year’s PRS for Music ‘Gold Award’. Andy Harrower, Director of Licensing, PRS for Music, said: “From his earliest performances as an emerging young talent, to his sterling appearances at BBC Proms, Jacob Collier’s rise to become one of the biggest names in British jazz has been meteoric – not to mention the fact that Quincy Jones is such a fan he took him under his wing! It is a genuine delight to be presenting Jacob with the PRS for Music Gold Award at the Jazz FM Awards this year. All of us at PRS for Music would like to extend our warmest congratulations.” Quincy Jones also sent in a special message saying: “My dear brother Jacob Collier, it is such an honour to have you as a member of our QJP [Quincy Jones Productions] family, and I couldn’t be prouder of all that you’ve accomplished at your age brother. I have socks older than you! It has been an absolutely beautiful journey to witness your growth over the past few years, and the only direction you can go from here is up… Sending my big love and props for being awarded with the Jazz FM Gold Award… Keep on kicking on brother, YOLO!” #AlumniNews