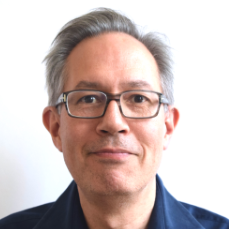 William’s international career was launched in 1984 when he won the first prize, gold medal and Rosa Sabater prize at the Concurso Internacional de Piano in Jaén, Spain. His concerto début at St. John’s Smith Square with the Philharmonia Orchestra followed soon after.  He subsequently added successes in the Busoni, Cleveland, Iturbi, and Scottish International Competitions.

Performances in New York, Moscow and St Petersburg (under the auspices of the Sviatoslav Richter Foundation), and in Europe have drawn critical acclaim and enthusiastic audiences. Invited to China, supported by Arts Council England, William has performed and given master classes in Shanghai. He has also performed in Australia at the invitation of the Chair of the Australian Piano Pedagogy Conference and was the keynote speaker, giving a recital and master classes, at the Institute of Registered Music Teachers of New Zealand conference in Auckland.

William maintains a busy schedule of recitals, master classes, teaching and lecturing both in the UK and abroad, as well as regular commitments to some of the finest international piano summer schools.

A musician of wide interests, William has performed with ensembles such as the Brodsky Quartet and members of Guildhall Strings. He has also collaborated with singers Steve Davislim and James Rutherford and has recorded some fascinating and little known repertoire in the chamber music field. His concerts have been broadcast on television and on radio in Europe and the US. William has performed at all of London’s major venues.  His concerts have been broadcast on BBC Radio 3, Classic FM, and BBC television.

A distinguished teacher, William is in demand for master classes and adjudication in the UK and overseas.

William is a Professor at the Royal Academy of Music www.ram.ac.uk.

Welcome to the latest edition of Purcell’s Weekly Highlights!   The Global Genius Music Competition We were delighted to...

Welcome to the latest edition of Purcell’s Weekly Highlights!   Wales International Piano Festival Competition We were so very...