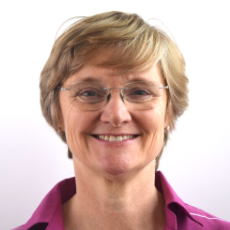 Joy Farrall has a diverse and fascinatingly eclectic career currently holding the position of Principal Clarinet with the Britten Sinfonia. She has freelanced with most of the UKs major orchestras and chamber orchestras and as an enthusiastic chamber musician she has appeared at music societies and festivals all over Britain, Europe, America and Australia. Joy is a founder member of the Haffner Wind Ensemble with whom she has broadcast, recorded and toured widely.

She is well known for her performances of new works and together with Nicholas Daniel has premiered concertos for clarinet and oboe by John McCabe and Simon Bainbridge, who also wrote for and dedicated a Clarinet Quintet to her. Festival appearances include the Aldeburgh, Cheltenham, Leicester and Stockholm Contemporary Music Festivals, and she has performed recitals and given master classes as far afield as Spain, Finland and Australia and Israel.

She has made several recordings which include the Strauss Duet Concertino for EMI, two Mozart discs for the Classic FM label, and chamber works for both Chandos and Hyperion. Most recent is a disc of Italian Bel Canto Concertos with the Britten Sinfonia on ASV.

In addition to her Professorial duties at Purcell, Joy has been Professor at the Guildhall School of Music and Drama since 1985 and in September 2010 she took the post of Senior Tutor of chamber music for the Wind Brass and Percussion department. Recently as part of the Britten Sinfonia’s Creative Learning programme Joy has taken a leading role in the inauguration of their Academy for young players.