The School was deeply saddened to learn the news of the death of HM Queen Elizabeth II. Our thoughts are with all members of the Royal family at this time and especially His Majesty The King, who, as Prince of Wales, graciously acted as our Royal Patron. The Purcell School joins with all those across the world in sending condolences to the Royal family and to all those known personally to Her Majesty.

Queen Elizabeth II lived a life of exceptional service and devotion, both to the Country and to the Commonwealth. As a consequence she was deeply admired and held in great affection throughout the world. Her life of selfless service is an example to us all and, as the longest reigning British monarch, her unique place in history is secured without doubt. For many, Queen Elizabeth II represented constancy, permanence and stability amid a rapidly changing world and her sense of duty will be long remembered. The Purcell School joins with the nation, the Commonwealth and many other nations and individuals around the world in remembering and being thankful for all she has given in her 70 years of public service.

On Tuesday 13th September, at the invitation of Purcell’s President Sir Simon Rattle, a group of Purcell students travelled to London’s Barbican to watch rehearsals of the London Symphony Orchestra (LSO) ahead of the opening night of their summer season.

It was an enormous privilege to see Sir Simon conduct the LSO, and our students were warmly welcomed by all, with the conductor speaking to them during both breaks and introducing them to the orchestra.

The LSO ran through the entire season’s programme, allowing students to experience two concerts conducted by Sir Simon Rattle – what an unprecedented treat! 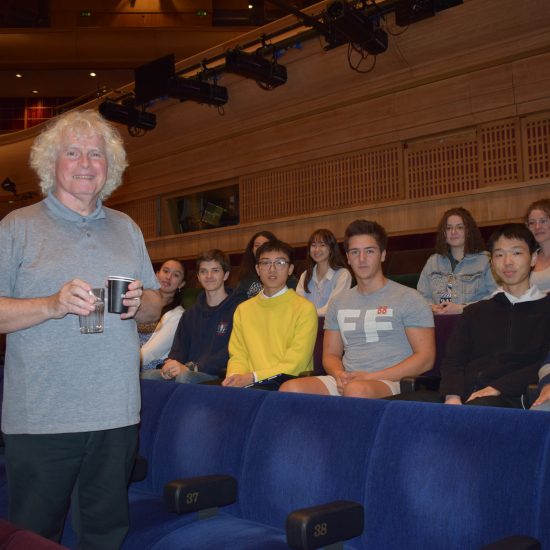 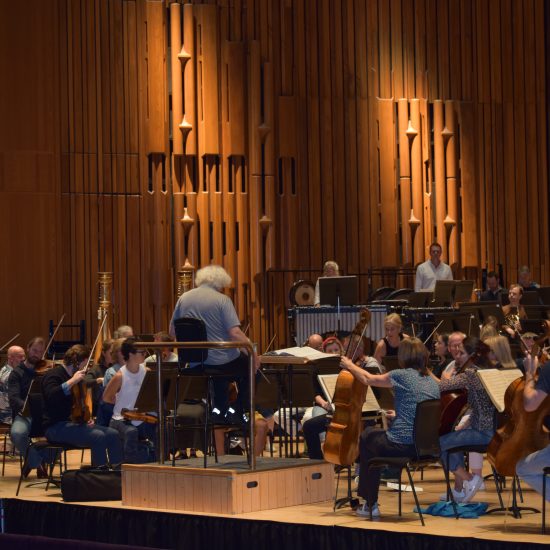 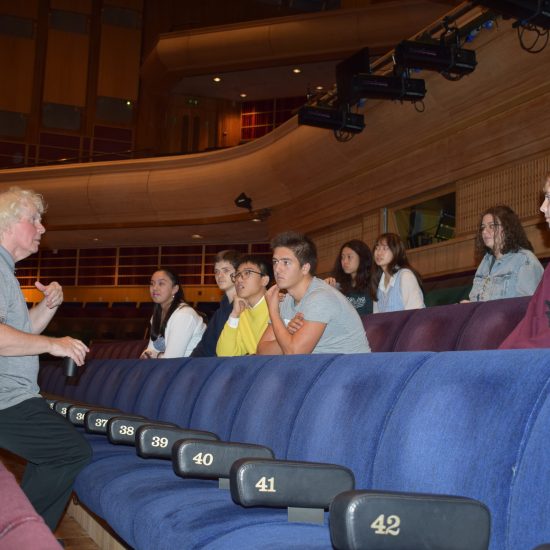 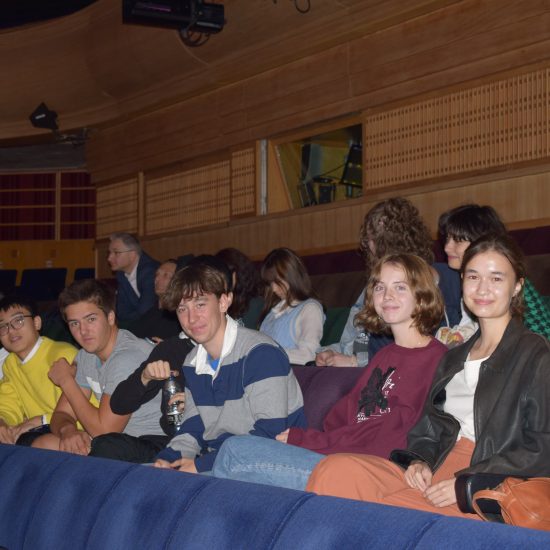 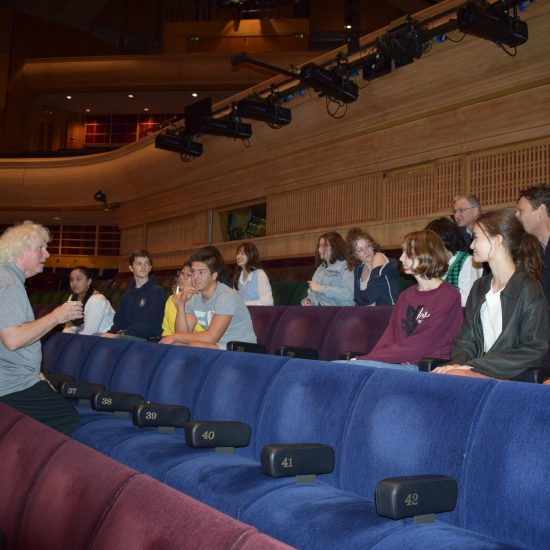 Over the summer, Year 11 pianist Phoebe was honoured to be awarded The Soroptimist International Prize for an Outstanding Young Pianist at The Pianale International Piano Academy and Competition 2022. As a junior participant Phoebe had the opportunity to perform recitals in four public concerts in the most spectacular venues in the beautiful city of Fulda as part of the Pianale Piano Festival. Phoebe also returned to Orbetello, Italy to receive her special first prize award from the Orbetello Piano Competition 2022 of a week of masterclasses and performances in the Orbetello Piano Festival.

Of her summer adventures, Phoebe commented, ‘I had a wonderful and music-filled summer holidays performing in eight public concerts, in eight venues in three different countries, as well as meeting and learning from other pianists and participating and watching many inspirational masterclasses. I am extremely thankful to my family who have supported my wonderful summer of music’. What a summer break! Our warmest congratulations to Phoebe.

In August three Purcell pianists – Chloe (Year 12), Teodora (Year 10) and Grace (Year 9) – travelled to Italy to take part in the sixth edition of the Talent Summer Course held in Brescia. An extraordinary time was had by all, with Chloe going on to audition to perform in a concert with the Brescia Academy Orchestra. Chloe played Mozart’s Piano Concerto in A major, K.488 and we are delighted to hear that she was selected. Well done, Chloe, and congratulations also to Teodora and Grace.

Year 9 pianist Gabriella has been invited to take part in an Awards for Young Musicians (AYM) concert due to take place on 30th November. We wish Gabriella the very best of luck and look forward to hearing all about it.

Last Sunday, Year 9 trombone player Skye performed with the National Children’s Brass Band of Great Britain as part of the Gala Concert of the British Open Brass Band Championship, at Symphony Hall in Birmingham. Skye played Principal Baritone, a position she has held for three years, in an exciting programme which featured the following:

We were delighted to hear that Year 13 violinist Hana triumphed in the recent New Talent Festival, taking First Prize in her age category. The festival is celebrating its fifth year, and we are so pleased Hana was able to be part of it.

News of the Peter Tranchell Centenary Composition Competition for Organ was announced earlier this week, and it was fantastic to see Year 13 composer and organ player Samuel’s score Petrus Petras selected in 4th place. Samuel received a Special Commendation in a competition which one of the organisers commented was ‘very strong, and the margins slender’.

From 7.30pm on Thursday 13th October 2022, Purcell’s Principal Paul Bambrough will embark upon a solo organ playing challenge – performing a staggering 12 recitals over a 24 hour period – to raise funds for a new school organ and to mark our 60th anniversary.

The Organathon is open to the public with a suggested ticket donation and, for those further afield, the event will be livestreamed.

The Opening Gala will take place at 7.30pm on Thursday 13th October, and the Grand Finale concert will commence at 6.30pm on Friday 14th October, with 10 recitals in between! There’s nothing quite like hearing the organ playing in person and this will be a fantastic opportunity to support our incredible Principal in this extraordinary undertaking, whilst enjoying live music.

You can help raise funds by purchasing a ticket and attending a recital, donating towards an element of the new organ, sponsoring a piece of music (or even a whole programme!), or simply making a gift.

Tickets are available from our Organathon webpage here and all other donations can be made via our fundraising page.

We very much hope you will be able to join us, and thank you in advance for your support.

Our brilliantly creative Art Department took the studio social this week with the launch of their own dedicated Instagram account – the_purcell_art_department. Already packed with fantastic examples of student work, the account is a wonderful expression of Purcell’s artistic creativity.

Child in the Striped Pyjamas

Tickets for alumnus Noah Max’s debut opera based on John Boyne’s bestselling novel The Boy in the Striped Pyjamas are now on sale here. The world premiere production will take place on 11th and 12th January 2023.

We are looking forward to welcoming prospective students and parents to our forthcoming Open Morning on Sunday 9th October. Those in attendance will meet staff and students, take in the campus facilities and enjoy the outstanding music-making that characterises the School.

Please feel free to share news of the Open Morning.

Our next Clarinet and Saxophone Festival will take place on Sunday 4th December 2022, from 2.00 to 5.00pm. The afternoon will consist of instrumental masterclasses for young musicians in years 5-11 (inclusively), of approximately Grade 4 standard and above, and culminate in a group performance opportunity.

Students will further their musical and performance skills, as well as be able to play together for fun with Purcell’s top instrumental teachers, Head of Woodwind Joy Farrall, saxophone teacher Amy Green and clarinet teacher Stephen Williams.

Saturday 1 October – Hatfield House Family Concert
Time: 14:00 -15:00
Venue: St. Etheldreda’s Church, AL9 5AN
Ticket information: The concert, ‘Once upon a tune’ is a selection of music for orchestra, illustrated live by the artist James Mayhew. Further ticket details and the full Festival programme can be found here and in the flyer below.