International Day of Women and Girls in Science:Thursday 11th February 2021

To celebrate International Day of Women and Girls in Science, Purcell’s Head of Science Dr Margaret Brooks has shared the following fascinating insight into what this day means to so many, particularly in the current climate.

During this unprecedented Covid-19 pandemic there does not seem to be a day goes by without science being in the news. As February 11th is the International Day of Women and Girls in Science it is quite apt that it was Professor Sarah Gilbert who designed the Oxford vaccine. She had previously worked on flu vaccines and led the first trial of an Ebola vaccine.

A far cry from how women in science were perceived during the last century. In 1952 Martha Chase (an American Geneticist) along with Alfred Hershey carried out the ‘Hershey-Chase Experiments’ which confirmed that DNA, not protein, was the genetic material. Alfred Hershey was awarded the Nobel Prize in Physiology or Medicine in 1969 for this work, whilst Chase was not mentioned.

In 1962 James Watson, Francis Crick and Maurice Wilkins shared the Nobel Prize in Physiology or Medicine for their discovery of the double-helix structure of DNA which was announced in 1953. This was one of the major scientific achievements of the twentieth century. Rosalind Franklin (a British chemist) played a pivotal role as her work with X-Ray crystallography of DNA suggested that the structure was a helix. Her very famous Photograph 51 taken in 1952 has been called the ‘most important photo ever taken’ for the insight it gave Watson and Crick into unlocking the mystery of DNA. Franklin was barely mentioned as they thanked their many collaborators from the podium. Franklin died of ovarian cancer in 1958 and as Nobel Prizes are not awarded posthumously she has been written out of the history books. Or has she? In 2015 Nicole Kidman won a best actress award for theatre for her portrayal of Rosalind Franklin in the West End play – Photograph 51! 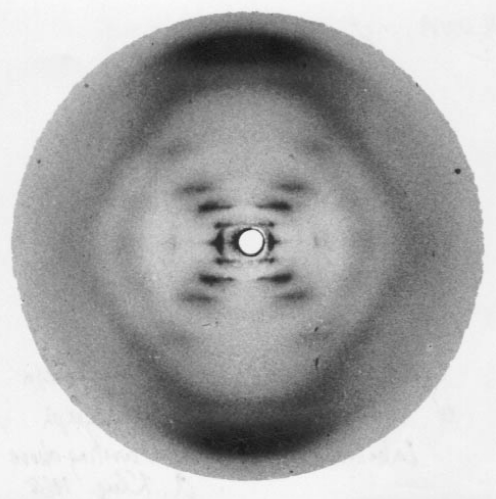 Another great British chemist working in X-Ray crystallography was Dorothy Crowfoot Hodgkin. She was awarded the Nobel Prize in Chemistry in 1964 for solving the atomic structure of molecules such as penicillin and insulin. Quite surprisingly Dorothy Hodgkins was Margaret Thatcher’s tutor in chemistry at Somerville College and Margaret Thatcher kept a photo of her in Downing Street. Although from different ends of the political divide they remained great friends and another play The Chemistry Between Them ensued.

In a week that recognises the incredible achievements of women in Science, Purcell Science teacher Svetlana Emelianova would like to showcase a research project on Sir Isaac Newton by Arunima in Year 8. Not only does Arunima’s work demonstrate great understanding of Newton’s life, it draws insightful parallels with how scientists today are working. As Svetlana explains, ‘Sir Isaac Newton conducted his research on the laws of gravity while in a two year lockdown due to the Great plague’ and his ‘famous observation of the fallen apple happened on his family farm probably as a result of the great amount of free time available due to the prohibition of travel’. Our congratulations to Arunima on a fantastic piece of work, and here’s hoping that her research serves as an inspiration to us all to use our Covid-19 lockdown time to our advantage.

Acclaimed pianist, composer and alumnus Yiruma has announced that he will release a new album entitled The Rewritten Memories on 26th March 2021. The release marks the 20th anniversary of his debut album, a fact that Yiruma marvels is ‘not something I planned for – and I am very grateful’. The new recording will be released via Universal Music Group Korea and features brand-new orchestral arrangements of some of his best-loved works from the past two decades, including ‘River Flows In You’ and ‘Kiss The Rain’.

‘Kiss The Rain’is out now as a single and you can watch the music video here.