Keep up to date with everything Purcell:

Welcome to the latest edition of Purcell’s Weekly Highlights! Don’t forget to read the May edition of ‘Crescendo’ the School’s Official Magazine!

Residents of North London are in for a treat as the Proms at St Jude’s Music and Literary Festival is back for another season. There’s a fantastic programme of daytime and evening concerts, literary talks, guided heritage walks, children’s events and stand-up comedy, all taking place around Central Square in the heart of Hampstead Garden Suburb. The Proms Festival has been going for 27 years and has always attracted top talent. This year is no exception and includes cellist and former Purcell student Catherine Lee. Catherine is the founder and Director of the Hampstead Music School and has taught at Amadeo Roldán Conservatory in Havana, Cuba. She is performing on Tuesday 25th June alongside guitarist Ahed Dickinson Cardenas; an award winning Cuban guitarist and one of the finest performers of Cuban classical guitar. Visit promsatstjudes.org.uk for tickets and more information. #AlumniNews

Purcell Patron Evgeny Kissin has been appointed honorary chairman of the Antonio Mormone International Prize, a new competition in memory of the Italian impresario who supported the early careers of several leading musicians. Kissin will present the winner with their prize at the competition final in Milan on 5 July 2020. Kissin says: “Antonio Mormone was an extraordinary man whom I had a privilege to know and be friends with for almost 30 years. He loved music, he loved talented people, his memory should be cherished, and I believe that this Prize will be the best way to honour Antonio Mormone’s memory for many years to come.” The competition has been conceived by Enrica Ciccarelli Mormone, pianist and president of La Società dei Concerti foundation, a Milan-based concert series founded by Antonio Mormone in 1983. Since its inception La Società has presented over 1,500 concerts, including performances by pianists such as Maurizio Pollini, Radu Lupu, Lang Lang and Kissin himself. #SchoolNews #PatronNews 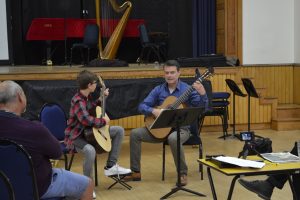 Earlier this week, Purcell students were lucky enough to play host to renowned musician; Craig Ogden for a Guitar Masterclass. Australian born guitarist Craig Ogden is one of the most exciting artists of his generation. He studied guitar from the age of seven and percussion from the age of thirteen. He is the youngest instrumentalist to have received a Fellowship Award from the Royal Northern College of Music in Manchester. One of the UK’s most recorded guitarists, his recordings for Virgin/EMI, Chandos, Nimbus, Hyperion, Sony and Classic FM have received wide acclaim. Craig’s five Classic FM albums all shot straight to No.1 in the UK classical chart and he is one of Classic FM’s most played artists. #SchoolNews #StudentNews 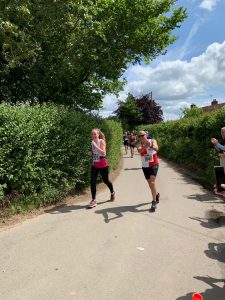 We are extremely proud to congratulate two Purcell staff members; Bethany Wickens and Panos Fellas on completing the St Albans Half Marathon! Thousands of people thronged to Verulamium Park on June 9 to take part in and watch this year’s event, which has raised an estimated £17,000 to £20,000 for various local causes and groups. Event director Martin Day said: “It went really well, the weather turned out lovely, despite the forecast, and it was a great day with a massive attendance.” Both Bethany (representing the St Albans Striders) and Panos (representing the Watford Joggers) completed the 13.2 mile route with impressive times, clocking in at 02:01:49 and 02:01:43 respectively. Bethany (in her Marathon debut) took part in aid of Dementia UK (who provide Admiral Nurses to support families affected by dementia) and has already raised over £700! What a fantastic achievement all around! #StaffNews