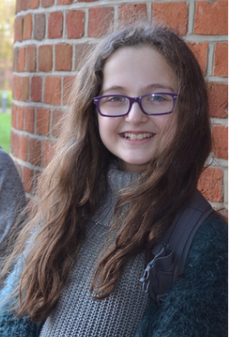 The BBC Proms Inspire Competition, now in its 8th year, provides a wonderful opportunity for young composers to hear their compositions performed by a complete orchestra and receive mentoring from notable composers.

Chelsea Becker is a first study composer here at The Purcell School, studying under Simon Speare and Carson Becke.

Past Purcell winners of this competition include Lucinda Rimmer in 2013 and Nathaniel Coxon and Anna Disley-Simpson (Senior Category) in 2014.

BBC Proms Inspire Day will take place on 14th August, bringing together over one hundred composers in a day of workshops and will conclude with the winners’ concert, the BBC Proms Extra: Inspire Concert. Chelsea’s piece New York will be performed by the Aurora Orchestra and Nicholas Collon alongside the other winning compositions at the BBC Radio Theatre and which will be broadcast on BBC Radio 3.
​
For information about the Prom Extra: Inspire Concert and how to obtain tickets please click here.