The piece was scored for a string quartet, three wind players and two percussionists, and performed on the loggia of the stunning 2017 Morgan Stanley Garden by members of the National Youth Orchestra (NYO). It has been described by The Times as a ‘gently textured and delicately evocative’ work.

A Purcell pupil and the NYO’s principal composer, Lauren was commissioned by renowned plantsman, Chris Beardshaw, to compose a unique piece of music for the Morgan Stanley Garden. This represents an unprecedented fusion of music and gardening hitherto not experienced at the RHS Chelsea Flower Show, and showcases the Morgan Stanley Garden as the very first of its kind.

Chris Beardshaw explains that he has always had a strong feeling that ‘there must be a link between music and gardening’ as ‘both stimulate the emotions in the most phenomenal way.’ For her part, Lauren describes the collaboration as a ‘unique and exciting opportunity’ and one which has changed her perspective of gardens completely; ‘I have begun to see many connections between the two art forms, which has really shaped my composition for this event’.

The Morgan Stanley Garden is on display at the RHS Chelsea Flower Show from 23rd-27th May. ‘Linger in Light’ will now be played on speakers throughout the garden so that visitors can explore the space as designer and composer intended. Lauren’s piece is also available on the Morgan Stanley website. 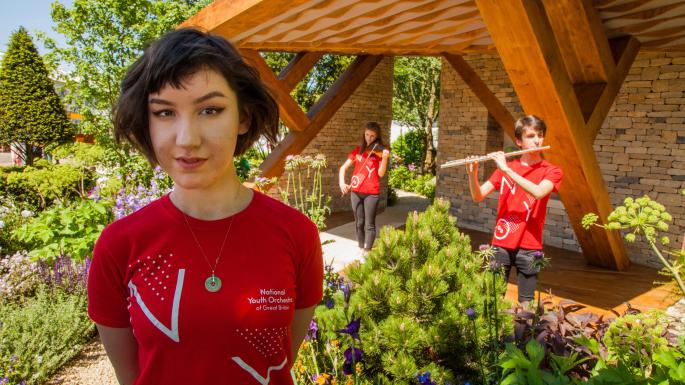