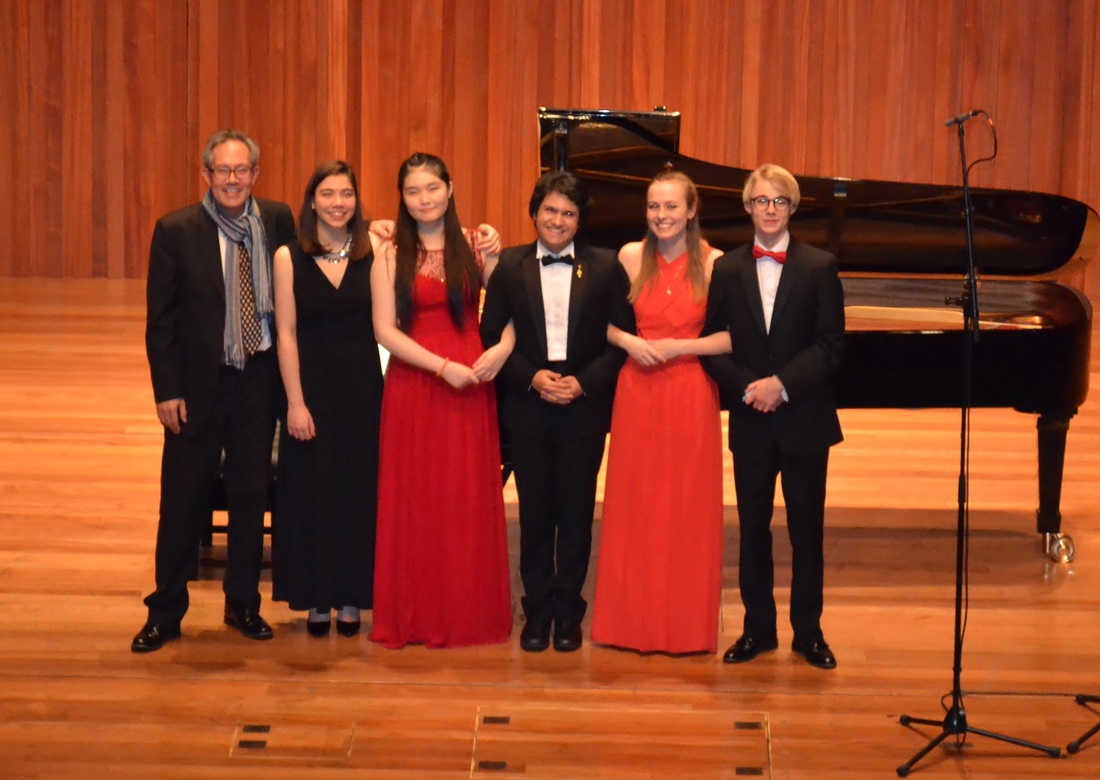 Head of Keyboard, William Fong, with the five performers on stage after the concert

This concert is sponsored annually by David Morgan, in memory of his brother Freddy, who was a keen amateur pianist.  We are grateful to David Morgan for his generous support, which enables us to continue to provide this opportunity for our young musicians.

The Purcell School keyboard department, run by William Fong, is well-known for nurturing the very best young talent, including two of the three most recent BBC Young Musician of the Year winners, Lara Melda (2010) and Martin James Bartlett (2014); Teo Gheorghiu, the youngest ever recipient of the Beethoven-Ring (2010); Alexander Ullman, winner of the Liszt International Piano Competition (2011), Alim Beisembayev, winner of the inaugural Junior Cliburn piano competition (2015), and Yevgeny Sudbin who was recently nominated for Gramophone Artist of the Year 2016.  In 2016, the school was made a Fazioli Pianoforti Centre of Excellence.