The competiton was open to guitarists of all ages and all musical genres.

During the various stages of the process Billy met, worked with and had one on one mentor sessions with a plethora of guitar and music industry legends, including George Benson, Milos Karadaglic, Nitin Sawhney, Tony Iommi, Jon Gomm, amongst others.

He also spent a day recording a track in the iconic Abbey Road Studio number 2, with legendary record producer Tony Visconti (most famous as David Bowie’s producer for over 30 years) at the controls.

The grand final was held at The Latitude Festival in Suffolk, where Billy had the chance to perform to a huge audience. He featured in all 9 episodes of the show, and his audition video has gone viral on the internet, with over 8.5 million views to date.

​Billy joined The Purcell School in September 2014,  where he studies guitar with Francesco Mariani and piano with Tom Challenger, supported by a scholarship from the Government’s Music and Dance scheme. 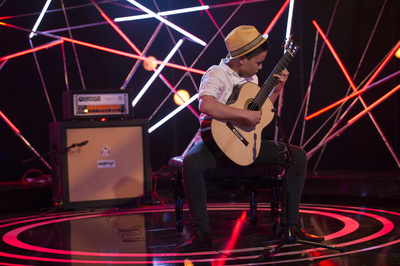 Performing for the Judges 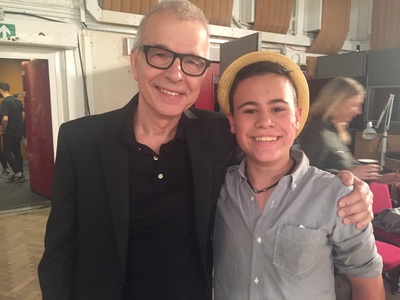 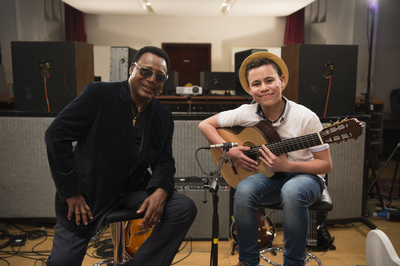 Billy with George Benson
In this section
Music Departments