Purcell Pupils Sing for the Queen at Commonwealth Observance Day 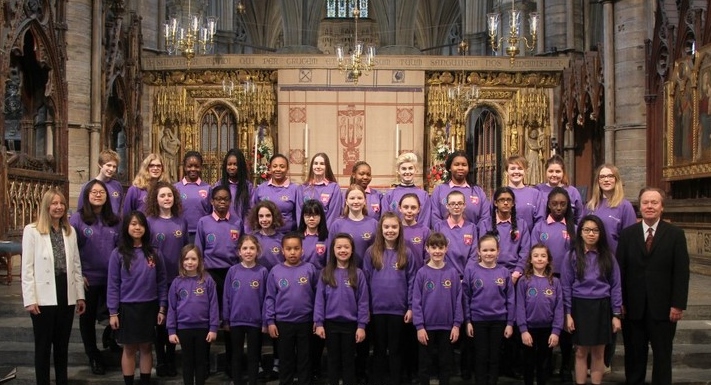 The whole experience was part of a special project which began in October 2014 in Kent, where Purcell School singers worked with young people from the Bermondsey Harris Academy and the Apollo Youth Choir to write songs based on texts by poets from different countries.  This project was called Write a Song and Sing It.

Some of the new songs were written up and orchestrated for strings by Purcell School pupil Alan Mofti and alumna Lucie Treacher.  These were then given to all the young singers, who joined together to form the Commonwealth Festival Choir.  This choir performed in the Pre-Observance, as guests arrived for the main service, conducted by Guildhall School of Music and Drama choral expert Graham Dinnage.

Two songs in this programme were composed by groups of young people led by Purcell School pupils with outreach training.  Stephanie Edwards’ group composed The Swallow and Sophie Sakol’s group composed Waiting/The Rainbow. Both songs were greatly appreciated and warmly applauded by those attending the Observance day Service in Westminster Abbey.