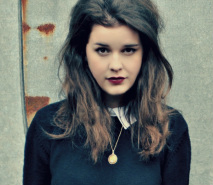 Sixth Former, Anna Disley Simpson’s piece Lamentations, has been shortlisted for the 2014 NCEM Young Composers Award (18 and under category), presented in association with BBC Radio 3 and the internationally acclaimed vocal ensemble The Tallis Scholars.

The award will be judged at the National Centre for Early Music on Thursday 8 May. During the day the shortlist of entries will be rehearsed by the York-based Ebor Singers in a workshop led by the composer Christopher Fox, along with the young composers.

At 7.30pm, the Ebor Singers will perform each of the pieces in front of a panel of judges – Peter Phillips, Director of The Tallis Scholars; Les Pratt, BBC Radio 3 Lead Producer: The Early Music Show ; and Delma Tomlin, Director of the National Centre for Early Music. The two winners will be announced after the concert, one for each of the two age categories: 18 and under and 19 to 25. To book tickets for the concert, click here.  The two winning works will be premiered by The Tallis Scholars in a concert to take place on Friday 24 October 2014 at the Church of St. John the Evangelist, Oxford as part of the Music at Oxford International Concert Season 2014/15.

Composers were invited to write a new three to four minute work for a capella (unaccompanied) choir, specifically with The Tallis Scholars in mind, scored for SSATB with the possibility of dividing these voices into ten parts. They had to set verses (Lamentations) from the Book of Jeremiah, a Biblical text which mourns the destruction of the city of Jerusalem in about 600 BCE and which has inspired many composers, from Tallis to Palestrina and Gesualdo to Stravinsky (his Threni).