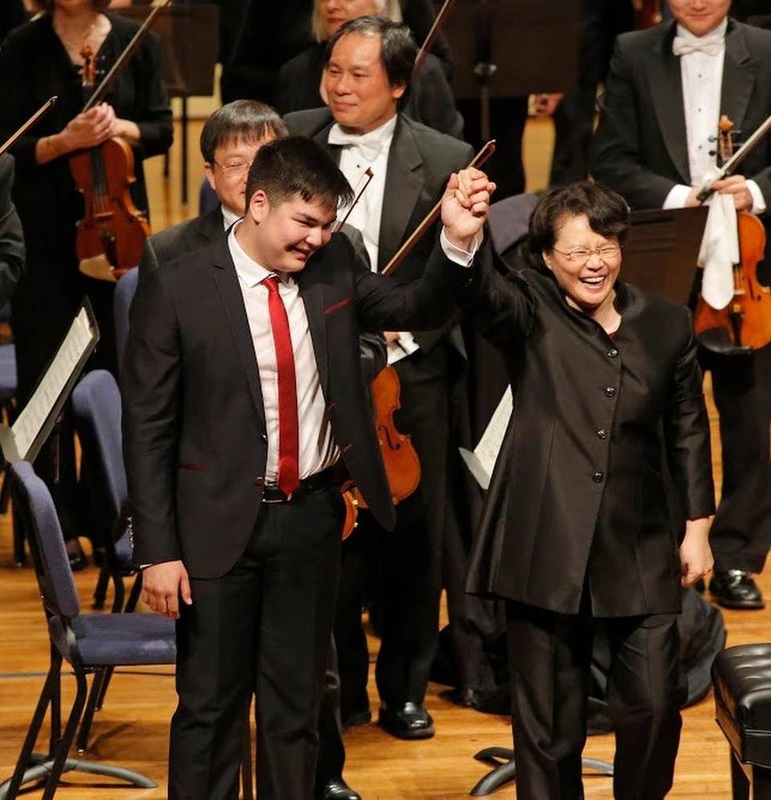 Backed by the Fort Worth Symphony Orchestra conducted by Mei-Ann Chen, he gave a performance of Tchaikovsky’s Piano Concerto No. 1 in B-flat major that won over the judges. It is the same concerto that the late Van Cliburn played in Moscow to win the 1958 Tchaikovsky Competition.

“It’s been really exciting for me to play this concerto because it’s such a big work and I really loved it,” Beisembayev said.

Beisembayev began learning the concerto in December. All but three of the pieces he played during the competition were brand new to him, said his piano teacher Tessa Nicholson.

“He’s a natural-born pianist. There are very few of the most difficult things that he finds difficult,” said Nicholson, a teacher at the Purcell School for Young Musicians. “Considering his parents aren’t musical, it’s just a God-given gift is all I can say.”

Cliburn gold medal winner Jon Nakamatsu, who was the Jury Chairman, said he “loved his sense of maturity, his concept of sound and of never rushing through things, especially during the earlier rounds.”

The competition started on 21 June with 23 preliminary competitors, representing 13 countries.  The field was cut to 12 quarterfinalists on Monday night, then to six semifinalists on Wednesday, and the three finalists were chosen on Friday evening

Alim joined The Purcell School in 2010 and his place is supported by the Government’s Music and Dance Scheme.

Alim will be performing Rachmaninov’s Second Piano Concerto with The Purcell School Orchestra at the Royal Festival Hall on Monday 29 February 2016.