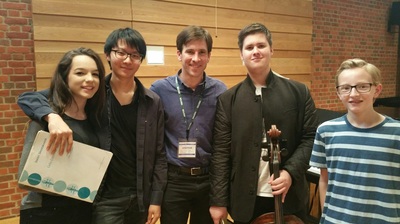 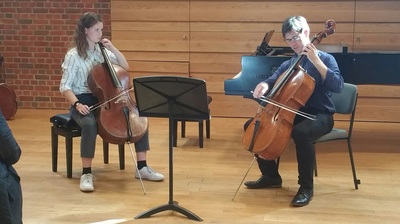 We were delighted to welcome Guy Johnston to give a masterclass at Purcell on Thursday last week.  Guy is one of the most exciting and versatile British cellists of his generation.  He won the BBC Young Musician of the Year title in 2000, and early on in his career had many successes, including the Guilhermina Suggia Gift, the Shell London Symphony Orchestra Gerald MacDonald Award and a Classical Brit Award at the Royal Albert Hall.  He has gone on to have a busy and versatile career as an international soloist, chamber musician and guest principal, Guy is an inspiring leader of young musicians as a patron of several charities which promote music education with schoolchildren and young people including Music First and Future Talent. He is a Professor of Cello at the Royal Academy of Music and a board member of the Pierre Fournier Award for young cellists.
In this section
Music Departments