The Purcell School > News > Uncategorised > Orchestral Classics at the Colosseum

Orchestral Classics at the Colosseum 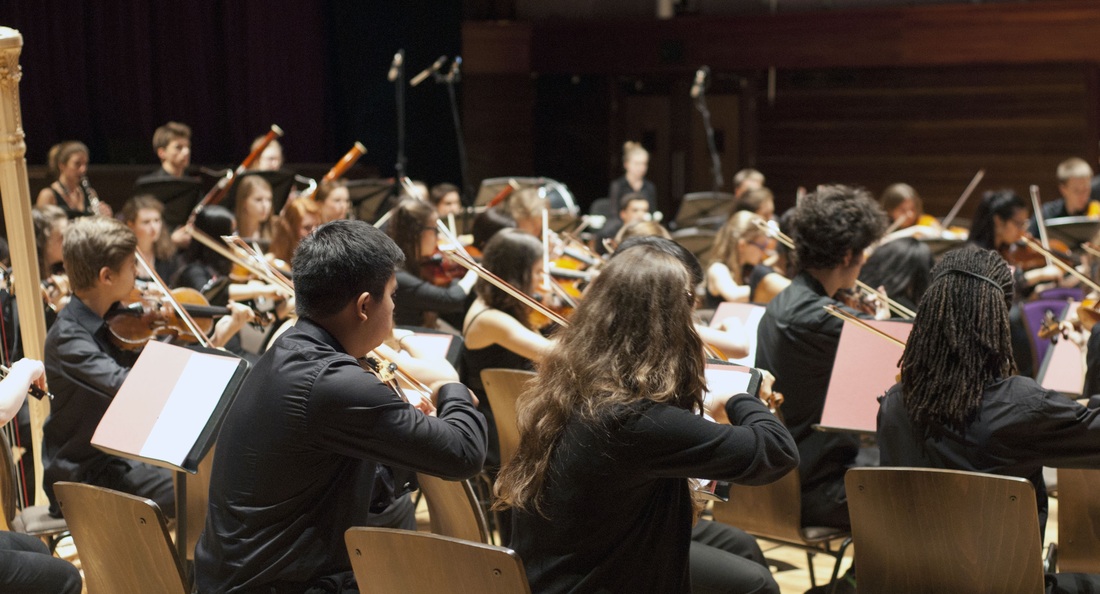 They performed under the baton of Alexander Walker, a member of the conducting faculty of the Royal Academy of Music and regular guest conductor with orchestras throughout the world.  In the UK, he has conducted the BBC Philharmonic (broadcasting on BBC Radio 3), City of London Sinfonia, the New Queens Hall Orchestra and recently made his debut with the English Chamber Orchestra at London’s Cadogan Hall.

The orchestra was joined by outstanding young percussionist, Hyungi Lee for the evocative and highly virtuosic Blazewicz 2nd Marimba Concerto.  A recent alumna of The Purcell School, Hyungi is currently studying at the Royal College of Music.  She has won many prizes, including the Walter Todd Prize for her performance at the 2012 BBC Young Musician of the Year semi-final.  In July 2013 she was one of nine semi-finalists in the Universal Marimba Competition held in Belgium and more recently she won the first prize in the International Marimba Congress and Competition 2014 held in Bamberg, Germany.
In this section
Music Departments