On Tuesday, we welcomed 30 children from Newton Farm Primary School in Harrow to the School for an immersive event. Purcell students performed a 40 minute recital followed by a Q&A session and interactive workshop. The workshop involved the visiting primary school children composing their own pieces of music in collaboration with Purcell musicians. 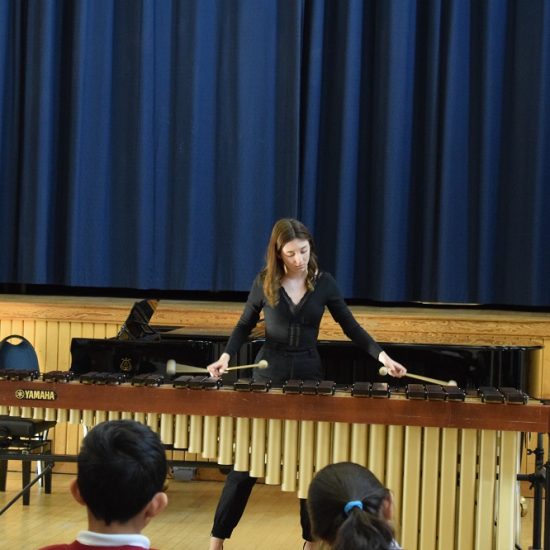 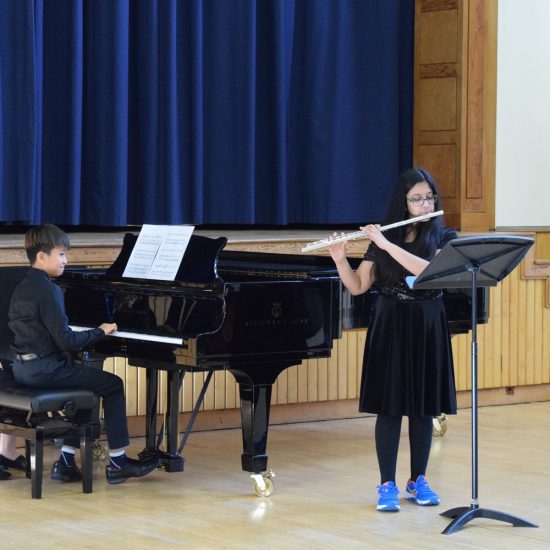 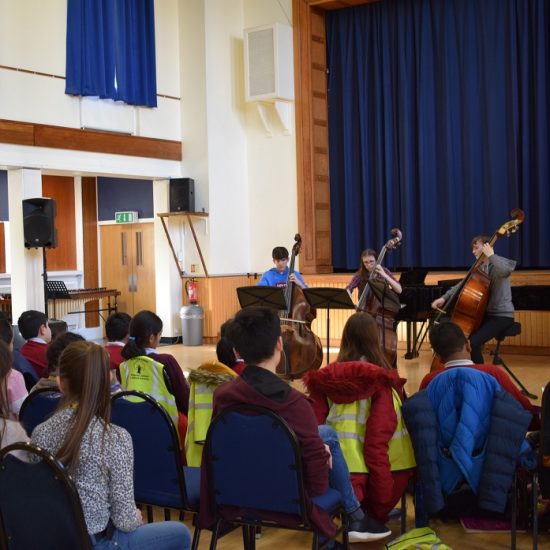 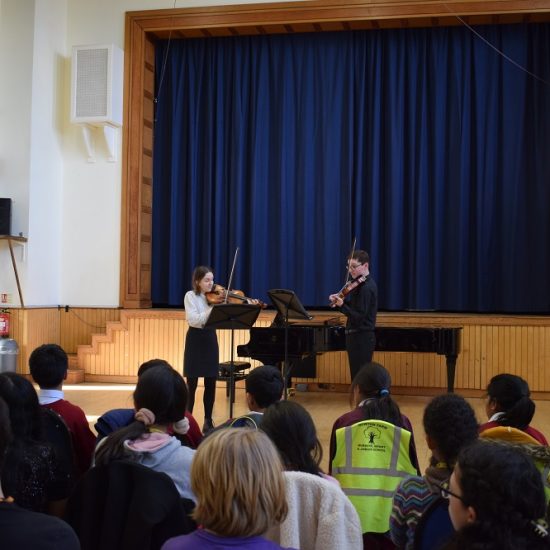 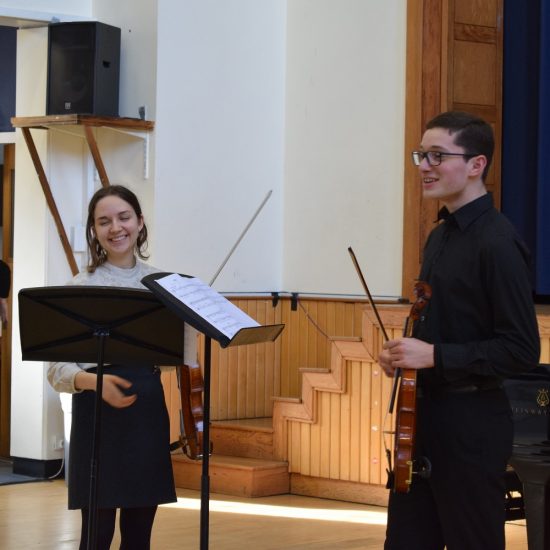 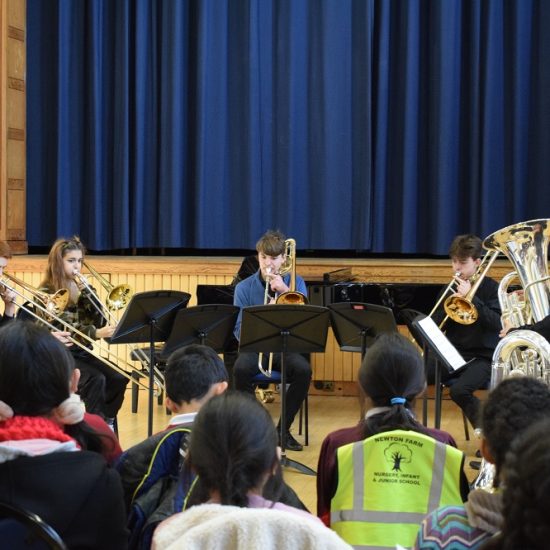 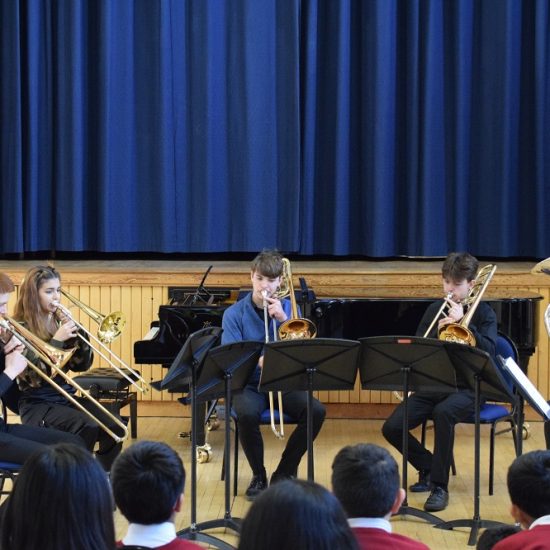 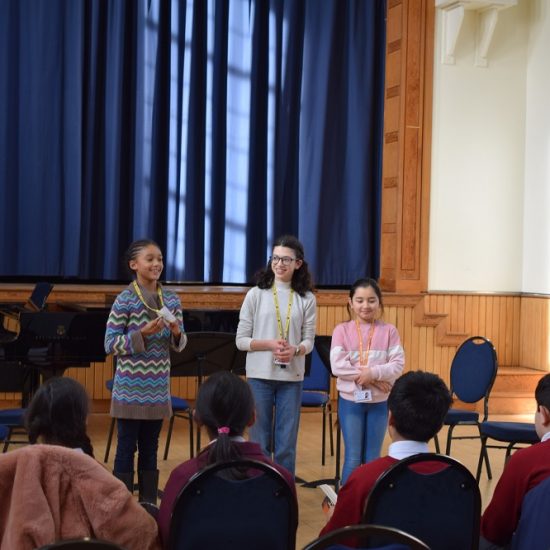 Last weekend, Anya Blue Robins performed Mozart’s Violin Concerto in G Major, No.3 as the soloist alongside the Burwash Chamber Orchestra. The orchestra included Purcell students and members from the London Philharmonic Orchestra, and was conducted by fellow Purcellian Jack Gonzales-Harding. A review of the performance was featured in several newspapers as follows:

‘The Burwash Chamber Orchestra, under the baton of a rising conductor, Jack Gonzales-Harding, with stunning soloist Anya Blue Robins, gave us an hour of sheer delight with an uplifting performance which left all wanting more’.

Alumnus and violinist Jack Liebeck has been made a distinguished ‘named professor’ at the Royal Academy of Music. The prestigious new role, ‘Émile Sauret Professor of Violin’, was created especially for Liebeck and is named after violinist and composer Sauret, who taught at the Academy in the 19th century and is recognised as one of the most significant figures in the development of violin instruction.

In other news, the Australian Festival of Chamber Music has announced the appointment of Jack Liebeck as its new Artistic Director – effective from the commencement of the 2021 Festival.

On Monday 20th April, the Music Institute of Chicago will host its 2020 Anniversary Gala. One of the evening’s highlights will be the presentation of the Dushkin Award to alumnus and acclaimed pianist Evgeny Kissin. The prestigious Dushkin Award, established more than 30 years ago and named for the Music Institute’s visionary founders Dorothy and David Dushkin, recognises international luminaries in the world of music for their contributions to the art form, as well as to the education of youth. Past recipients include Wynton Marsalis, Pinchas Zukerman, Rachel Barton Pine, Joshua Bell, Lang Lang, Stephen Sondheim, Riccardo Muti, and Yo-Yo Ma, among others.

Jazz musician Shabaka Hutchings has announced that he will perform a new work by alumna and composer Mica Levi as part of a weekend of music, art and spoken work, entitled ‘Propaganda’, held at the Barbican in early May 2020.