Due to a sinkhole appearing overnight, Aldenham Road has been partially closed. Hertfordshire Highways have advised that repairs will take three days and that access to the School will be limited to essential vehicles only.

While parents and guardians of day students may still enter through the main entrance on Aldenham Road, may we please ask that they leave via the exit on to Bushey Mill Lane at the rear of the School.

To reduce congestion, staff will enter and leave via Bushey Mill Lane.

The Purcell School > About Us > Patrons and Governors

I am very proud to be a Patron of The Purcell School, which provides such excellent opportunities for young musicians to achieve their goals.

From my own experience of a specialist musical education, I know that really dedicated musical pupils will flourish in the specialised environment of The Purcell School.

The school’s supportive family atmosphere allows pupils to immerse themselves in their musical studies alongside other talented young musicians, and to get closer to the heart of their music.

I am very pleased to be able to support the school, and to help as many talented young musicians as possible to enjoy the opportunities available. 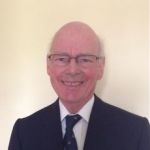 Roger is a retired senior Civil Servant. A varied career of 35 years included appointments of Principal of the Civil Service College (1986-89), 2nd Permanent Secretary of the Ministry of Defence (1996-2002), and Founding Director of the Defence Academy (2002-2005). More recently, he has been Vice Chairman of the Board of Moorfields Eye Hospital (2008-15), a member of the Advisory Boards of both Durham and Kent Business Schools, and a lay member of two committees of the Bar Council.  He became a Governor of The Purcell School in 2011. He is an enthusiastic opera goer, and a keen supporter of the Highgate Choral Society and the Stour Music Festival. 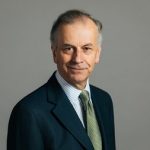 Charles was a senior tax partner at KPMG until his retirement in 2010, and has subsequently worked as a partner at Alvarez & Marsal. He has held a number of school governor and trustee posts and is currently also a trustee of Future Talent. He is a keen amateur musician, playing piano and singing in chamber choirs, and has a son and a daughter who are professional musicians.

Chairman of Music and Education Committee 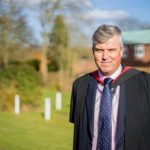 Born in Zurich, Switzerland, James Fowler was an advertising exec for Publicis, MWP and Saatchi Gp from 1985-91. Thereafter, James became a teacher at St John’s College, Cardiff from 1991-99, a Head of Sixth Form at Brentwood School from 1999-2002, Deputy Head at Highgate School between 2002 and 2006, and is presently Headmaster at Aldenham School, Elstree. He was also a Principal Examiner (WJEC) from 1993-2006; is an inspector for the Independent Schools Inspectorate; and a member of HMC (2006). James enjoys skiing, sailing, choral music, opera and cricket. 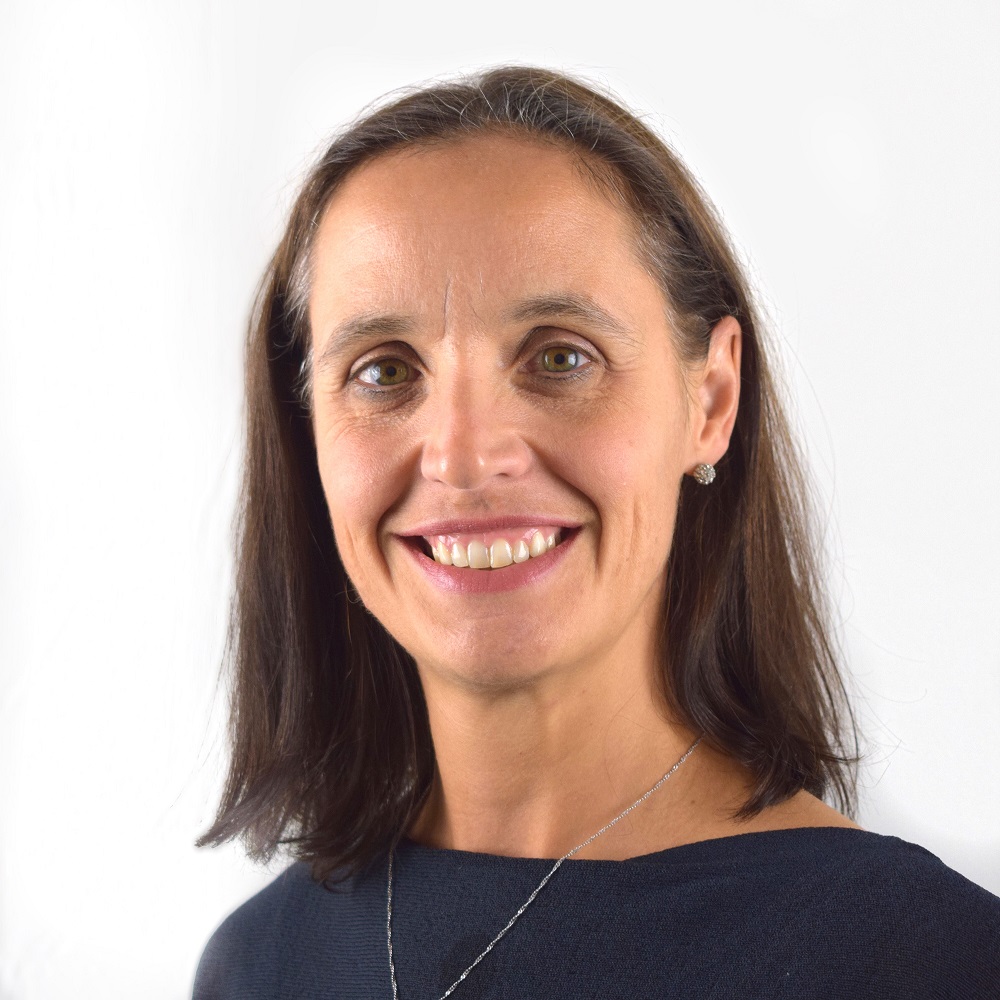 Michele Burton is Head of Development at the British Library, where she leads on all philanthropic fundraising for the organisation. Before working at the Library she worked in fundraising and marketing for three successive chamber orchestras – the Academy of St Martin in the Fields, Orchestra of the Age of Enlightenment and the Monteverdi Choir and Orchestra. In her free time, Michele is a keen amateur musician, playing the piano and violin and also enjoys running, yoga and pilates. She is married with one daughter. 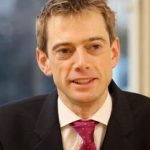 Jonathan Eley is a partner at Farrer & Co, where he provides employment and education law advice to a wide range of clients. Before becoming a solicitor, he was a teacher. 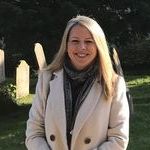 A professional violinist, Janice Graham is the Leader of English National Opera Orchestra, Artistic Director of English Sinfonia and professor at the Guildhall School of Music and Drama. Previously Leader of BBC National Orchestra of Wales and Assistant Leader of the London Symphony Orchestra. She has also performed many solos, chamber music and recordings. As a guest leader she has appeared with most of the country’s leading symphony and opera orchestras. Educated at The Purcell School, GSMD and Juilliard School, New York. Elected to the board 1999. 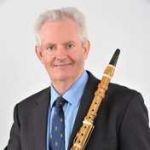 Professor Colin Lawson CBE is Director of the Royal College of Music. He has an international profile as a period clarinettist and has played in most of Britain’s leading period orchestras, with which he has recorded extensively and toured worldwide. Solo credits include London’s major concert halls and New York’s Lincoln Center and Carnegie Hall. He has published widely on historical performance practice and the history of the clarinet, and is ​co-editor of the Cambridge History of Musical Performance (2012). 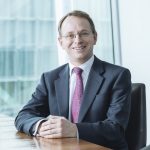 William is a FTSE100 Executive and a recent Purcell parent. He has been Group Chief Risk Officer of Royal & Sun Alliance since 2014. He joined RSA in 2006 and has also served as Group Financial Controller and Head of Corporate Finance. He is a Chartered Accountant with extensive financial, risk, strategy and governance experience with a range of blue-chip institutions including HSBC, Aviva, the Bank of England and Deloitte.

Prior to the City, William was based at Toynbee Hall working with disadvantaged children in East London. He is a keen concert-goer, was a Music Scholar at Eton and is organist at his local church. He and his wife (a former professional musician) were parents at The Purcell School from 2013-2017 as well as at another music school. 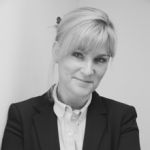 Rebecca is an academic lawyer, and lecturer in constitutional, administrative and EU law at Oxford University. Rebecca is also an experienced solicitor. After studying at The Purcell School, Rebecca read music as an undergraduate at Cambridge University (Girton College) before pursuing post-graduate studies in law. She plays clarinet with various groups and orchestras, and sings with the vOx chamber choir under the baton of David Crown, a Purcell alumnus. 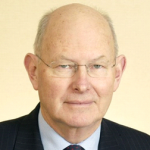 Ian Odgers retired from the international executive search firm, Odgers Berndtson, in 2016 after 45 years.  He has served on a number of boards, both commercial and not for profit, as either a ​non-executive director, governor or as chair, and is currently a trustee of Classical Opera, the Deal Festival of Music and Arts, and the Marlowe Theatre Development Trust.  He is a Cranfield School of Management Distinguished Alumnus. 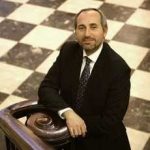 Mark Racz is a distinguished pianist, teacher and music educator. Born in New Jersey, he studied at Rutgers University, Manhattan School of Music and with Nadia Boulanger at the Fontainebleau School of Music. He has lived in the UK since 1980 and has performed widely as a soloist, accompanist and chamber musician, with a particular interest in early 20th century music. He was appointed Vice Principal of Birmingham Conservatoire in 1999, from whom he received an Honorary Fellowship, before moving to the Royal Academy of Music in 2008. 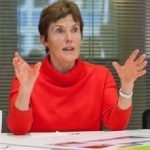 Joanna ran her practice van Heyningen and Haward Architects from 1977 to 2012.

She has taught and lectured widely, and serves on several of the Royal Institute of Architect’s panels. She has been an active member of the Commission for Architecture and the Built Environment since 2006, and currently chairs its Oxford and Thames Tideway Tunnel Design Review Panels. She is an external examiner for the Welsh School of Architecture, a Trustee of the charity Find Your Feet, and a governor of The Purcell School. 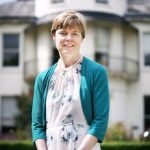 Kirsty was a student at The Purcell School from 1985-1991. Whilst at school, she was awarded 3rd prize in the String Final of BBC Young Musician of the Year 1990, led the Junior Guildhall Orchestra for 3 years, and performed Prokoviev’s 1st violin Concerto with the JGSO in the City of London Festival. Upon leaving Purcell, she took up a scholarship at the Guildhall on the Performers Course, and the following year read English at Christ’s College, Cambridge. After University, she freelanced as a musician, focusing on chamber music and contemporary ensembles, but soon realised her vocation to become a teacher. Until a few years ago, she continued to undertake professional engagements, including co-leading and leading The Orchestra of the Swan for a season.

Starting her teaching career in the state sector, Kirsty was Head of English in 3 London schools before taking up a Deputy Headship at Putney High School. Since September 2015 she has been Headmistress of Norwich High School. Kirsty is a passionate advocate of a musical education, and of the importance of the Arts in education. She has led creative projects collaborating with The Purcell School, as well as organising programmes encouraging women into leadership. Her latest project, Inspiring Females, creates networks between inspiring women from a wide range of fields, and girls of school age.

​Kirsty is married, with a son who has just started school.

If you wish to contact the Chairman of Governors directly, please write to the address below or contact via 01923 331 100 .

Welcome to the latest edition of Purcell’s Weekly Highlights!   Out Of This World Young Writers Poetry Competition We...

Many congratulations to those receiving GCSE results today. The School is enormously proud of our students who have excelled this...

Due to a sinkhole appearing overnight, Aldenham Road has been partially closed. Hertfordshire Highways have advised that repairs will take three days and that access to the School will be limited to essential vehicles only.

While parents and guardians of day students may still enter through the main entrance on Aldenham Road, may we please ask that they leave via the exit on to Bushey Mill Lane at the rear of the School.

To reduce congestion, staff will enter and leave via Bushey Mill Lane.