‘Oboe Life’ at the Purcell School 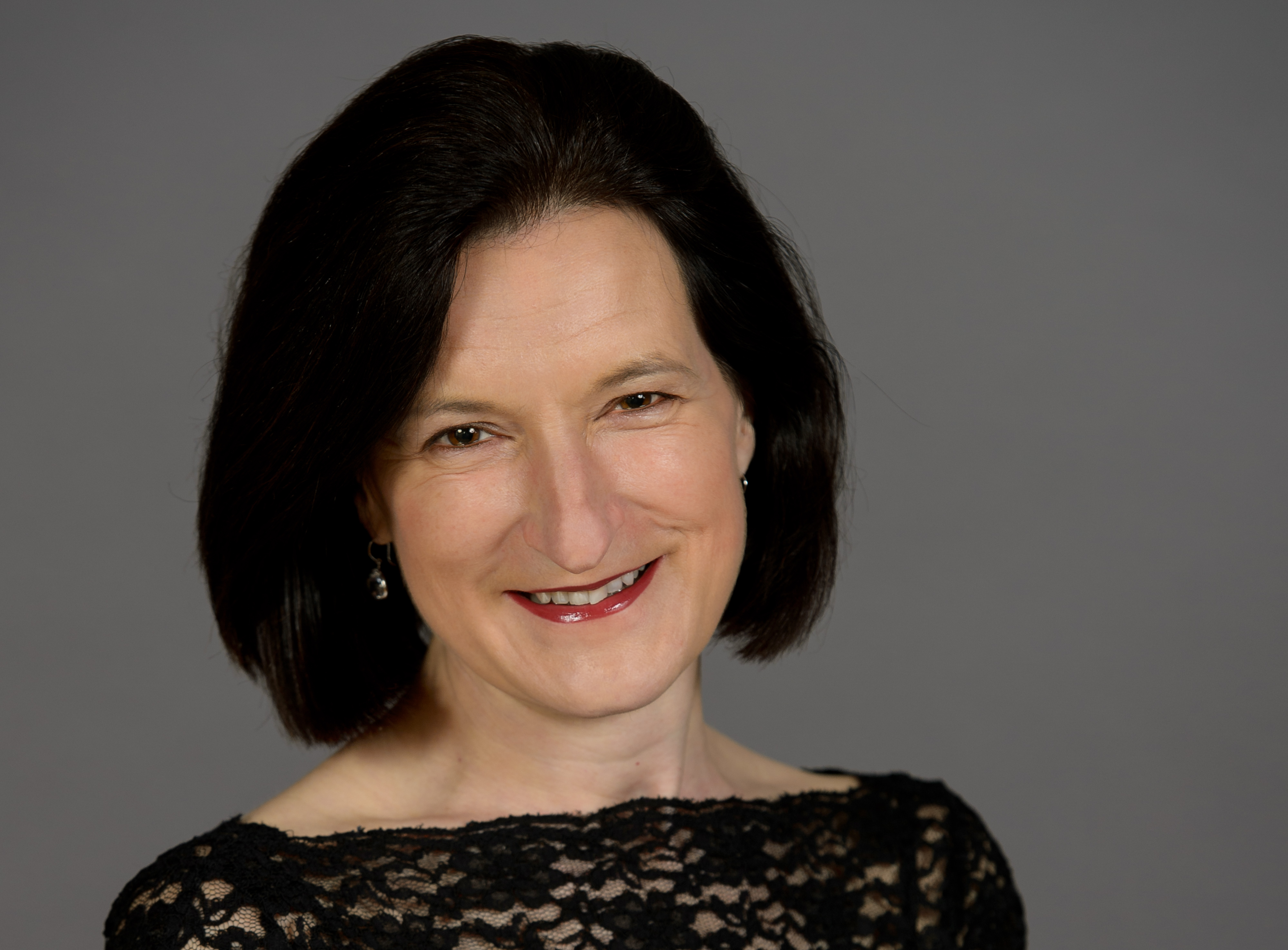 ‘Oboe life’ at the Purcell School is a busy, fun and varied mix of lessons, reedmaking, masterclasses, chamber music, orchestral playing . . . and plenty of practice! There are also regular classes, for example, to try out new pieces, listen to and learn from each other and discuss all sorts of ‘nerdy’ oboe things, such as breathing, articulation, vibrato, memorizing, stage presence, reeds etc. The main teacher is Melanie Ragge, and there are lots of visits from other oboists too; one of Mel’s ex-students, James Turnbull, often comes in to teach reedmaking, and ex-Purcellian Hannah Morgan has previously visited many times too.

As well as all the concerts, auditions, competitions, etc, there always seems to be some sort of project ‘on the go’! Last year we helped Howarth of London with the design of their new ‘short reach cor anglais, and commissioned some new cor anglais pieces from Paul Harris, to celebrate its launch. We had a wonderful masterclass from Jill Crowther, Cor Anglais player in the Philharmonia, and Paul Harris came to hear his new pieces performed at the end of the year. Previously, we’ve had classes from ex-Purcellian, Nick Daniel, Jonathan Kelly (principal in the Berlin Phil), Celia Nicklin (senior oboe prof at the Royal Academy), oboist and composer Gilles Silvestrini (who gave his classes in French… with translation!), ex-Purcellian Verity Gunning, as well as performance coach Karen O’Connor, to help with nerves, stage coach Victoria Newlyn to help with stage presentation – and many more! 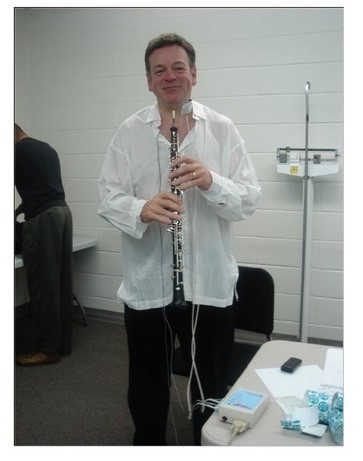 There are also regular Electromyography sessions with Mel and the school physiotherapist, Sarah Upjohn; these provide an opportunity to look at how muscles are working during performance, and are part of an ongoing research project. Here’s a familiar ex-Purcellian trying out Electromyography in New York!

Some past oboists’ experiences at The Purcell School 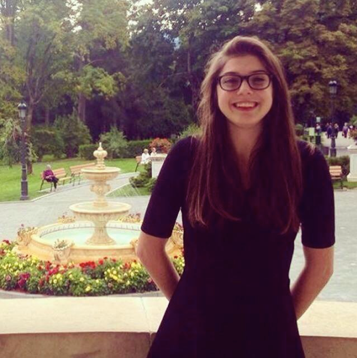 I joined The Purcell School as an oboist for the sixth form and looking back on the decision, I feel it was one of the best I have ever made. From the very beginning, I felt welcomed into the department. On my audition day, all the oboists came to meet and chat to me; I could tell it was a very tight department and I knew this was where I wanted to be. When I arrived at Purcell in September and had my first oboe lesson, I could tell I was going to have to start fitting in more practice and step up my game if I wanted to make the most of my time there! 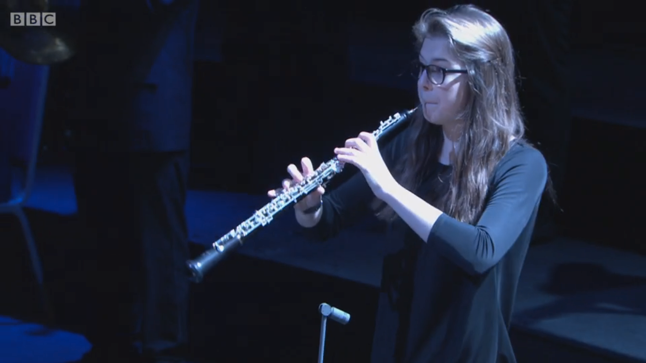 The oboe department is a very lucky one at the school, as we have things like oboe class and reed making lessons very often. I think these really help us become more broadly aware oboists as we enter the world of conservatoire as we have developed our reed making skills before many others get the chance to and have had oboe classes on things like excerpts, scales, playing slow studies from memory and all sorts of things that make you think more about how and what you are playing. As well as an incredibly run department and all the opportunities Mel gives us, we are also very lucky to have a wide variety of things to do within the school: Symphony Orchestra, chamber music groups, contemporary ensemble, student run groups and crazy one off projects are some of the incredible new things to do and experience. And, whilst being a Purcell oboist brings all these wonderful opportunities, I would also say it gives you a talent for self discipline and hard work. Being filled with young musicians, Purcell is an inspiring and motivational place to be, but with this comes perfectionism and a high drive for determination in most if not all the students. I can tell you from experience you will often hear yourself saying ‘I should be practising’ or ‘I could be making a reed right now’ if you’re taking some down time. As great a trait as this is, as it shows you’re a hard worker who wants to be the best they can be, don’t forget to have a rest. As I’ve said, it’s a place filled with musicians and you’re all in the same boat… they’ll understand! 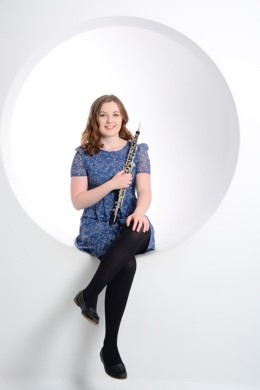 I went to The Purcell School for Sixth Form after attending a Junior Department, and was a little apprehensive about living away from home. The thought of being ‘the little fish’ surrounded by incredibly dedicated musicians was daunting, but I couldn’t have felt more at ease as soon as I arrived. The two years I spent at Purcell were packed with amazing opportunities: reedmaking classes, masterclasses with Jonathan Kelly and Gilles Silvestrini, playing with Symphony Orchestra at Queen Elizabeth Hall on the Southbank and playing chamber music at Wigmore Hall are experiences that I couldn’t have gained anywhere else. I even got to sing with Chamber Choir at Westminster Abbey and St Paul’s Cathedral! Learning the oboe with Melanie Ragge was exceptional. She is hugely inspirational, and the oboists could not be in better hands on their path to conservatoire. The family of Purcellians is one that I absolutely loved being a part of, and my time there has allowed me to gain a scholarship to the Royal Academy of Music, which I most certainly would not have gained if it weren’t for this fantastic institution. If anyone is considering a career in music and is willing to work hard, I cannot recommend the Purcell School more highly.

HANNAH MORGAN studied at The Purcell School for the Sixth Form (2007-09) She has recently finished two years in Berlin, at the Karajan Akademie, studying with Jonathan Kelly and playing with the Berlin Philharmonic Orchestra. She also returns to The Purcell School frequently to teach reedmaking. 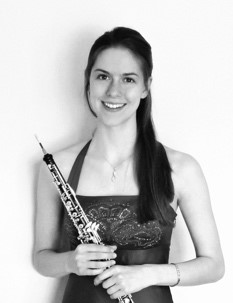 I first heard about The Purcell School on the NYO one-day course. Two of the NYO oboists, among other orchestra members, studied there and I was struck by their friendliness and enthusiasm.

Joining the school for my A level years, I was thrown in at the deep end – definitely a good thing to combat my brief homesickness – with a full school timetable plus orchestral and chamber rehearsals. I also enjoyed two hours of individual oboe lessons each week with Mel Ragge. Lessons with her were really inspiring and all seemed to go too quickly. Mel was meticulous about technique. This was brilliant because it provided secure foundations for my playing. Student Electromyography sessions (looking at how muscles work during performance) with herself and Sarah Upjohn, the school physio were invaluable for highlighting any unnecessary tension that I held during playing while also showing any muscles being lazy! There were regular performance opportunities; a highlight, playing in a masterclass with Jonathan Kelly from the Berlin Philharmonic. One-to-one reed-making lessons also spared me a lot of stress, not to mention money, and were vital preparation for my equally fast-paced student life at the Royal Academy. 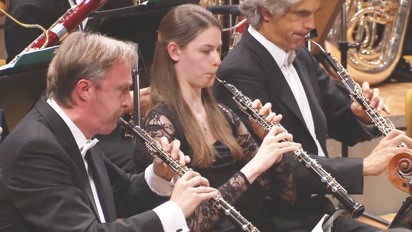 I can’t recommend Purcell highly enough; as a boarder, it provided the perfect balance of hard work and good fun. Being surrounded by musicians and enjoying the support of the vibrant oboe department enabled me to raise my playing to the next level. Since graduating, I have spent two years playing alongside the Berlin Philharmonic, as a member of their Orchestra Academy. I also love to return to Purcell, whenever possible, to teach reed-making.

VERITY GUNNING-OLSSON (1990-1999) now live in Stockholm, with her horn-playing husband and two year-old daughter. She is a busy freelance player, regularly performing as guest principal with the Swedish Opera, the Stockholm Phil and the Swedish Chamber Orchestra; she still returns to the UK, where she recently played as guest principal with the London Symphony Orchestra, and also came to give a Masterclass to current Purcell students.

During my 8 years at the Purcell School I encountered a vibrant, passionate group of students and staff who made the years fly by! I entered the school as a first study pianist but was lucky enough to take up the oboe a year later. There isn’t enough ink or paper in the world to list the life/musical skills I learnt, but there are some things that must be mentioned because I honestly don’t believe I would have become a professional musician without them. Teaching a head-in-the-clouds (albeit passionate) 11-year old to practise with goal-orientated discipline is, I would imagine, a fairly thankless task but my teacher, Melanie Ragge, actually had me wanting to practise my scales, asking for harder studies, enjoying playing long notes and (shock horror!) wanting to make my own reeds! This joy of short- and long-term goal-making in my personal development is still with me every day in the practice room, and the work I did then helped form the foundations of solid technique. This solid and thorough technical base allowed me to feel confidence to express myself better whilst performing and finally to conquer my stage-fright which had always haunted me during piano performances. For this I am eternally grateful!

The school was a fantastic safe-house for young musicians wishing to nurture and develop their talents. Performance practise was high on the agenda, including learning about stage etiquette and playing from memory (another of Mel’s ‘things’ that I’m so thankful to have practised from an early age!). I participated in masterclasses and competitions both in and out of school and even travelled to Poland with a few of my fellow oboists to take part in a competition there. The school also gave me some wonderful friends, many of whom I now consider extended family. Nothing beats the bond nurtured between people who play music together and I consider myself exceptionally fortunate for having grown up in such a unique environment.

LUCINDA RIMMER studied at the Purcell School from 2012-2016

During my time at The Purcell School, I was fortunate to study the oboe with Melanie Ragge. My oboe lessons covered all aspects of playing including tone production, technique, preparation for auditions, and reed making. Regular assessments covered scales, studies, sight reading, aural, and repertoire. These assessments were helpful, providing feedback on my progress in a written report. There was a regular oboe class to look forward to, and work towards, for which we were encouraged to perform from memory: Ferling studies, concertos, concert and audition repertoire, were standard elements of oboe class.

Oboe Masterclasses occurred at least once a year, with visits from Nick Daniel, Jonathan Kelly, Gilles Silvestrini and Verity Gunning. In addition to these, there was coaching from various visiting experts in technique and performance.

Having once trained as a medical student, Melanie also has a keen interest in monitoring muscular tensions and stresses during performance; in sessions together with our school physiotherapist, Sarah Upjohn, we were regularly afforded the opportunity to collect data on muscle tension whilst playing, using a medical technique called Electromyography. It was very interesting to gain a scientific understanding of where I was using unnecessary tension that was counter-productive to performance.

I particularly enjoyed the end of year oboe classes, with a fun scales competition followed by an oboe class party, or picnic. Overall, my experience as a member of the Purcell school Oboe department was extremely beneficial to me as a player.

Welcome to the latest edition of Purcell’s Weekly Highlights!   Zara Williams In the latter part of last year,...

Welcome to the latest edition of Purcell’s Weekly Highlights!   Lewis Isaacs Earlier this week it was announced that...